Did anyone else think we'd be watching hoops right now?

When the brackets came out, and I looked to see when Iowa and Michigan were tipping off, it hit me like a bad typo.

Per the Sporting News:

The entirety of the 2021 NCAA Tournament will take place in the state of Indiana, with the majority of it in Indianapolis. Each team will need to have at least five players produce seven straight days of negative COVID-19 test results to be eligible. Considering the extensive safety protocols the NCAA has in place for the 2021 tournament, it's likely the organization expects few issues in a semi-bubble situation.

In that sense, it makes sense it would move the tournament back a day to ensure teams have as much time as possible to make sure their teams are healthy.

I had it all planned out, too. Took a half day yesterday from work. Road a Divvy from the West Loop to the Loop. Ended up in the Lower Wacker tunnel after blindly following GPS instructions... but that's another story. 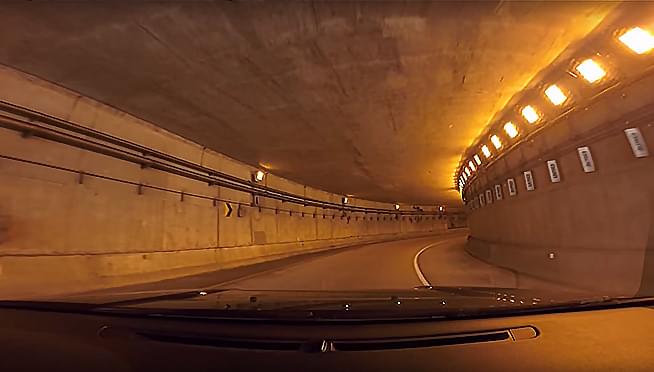 Ditched the bike. Strolled the riverwalk. They dyed the Chicago River green for actual St. Patty's after already doing so on Saturday. Matriculated to the lakefront. Walked past Navy Pier, some beaches. I'd say "the world seemed perfect," but it was cloudy/high 30s/windy, so... not really. But the point is it felt like we were on the brink of something. Calm before the calm before the storm.

The plan was to get back into work today, focus for a few hours, then coast. But there is still no tournament on TV to justify this plan.

"It gets late early out there."

I have been standing, alone, in my living room for 20 minutes.

In heaven there are no Badger wins

After reading these three tweets, my new answer is "yeah, yes."

I have something to say about Illinois

Ayo was already the coolest dude in college basketball and now he's Zorro, they're winning it all

Throw some Kofi and Curbelo into this mix -- plus their weird, perpetual shoulder chip* -- and you've got a lethal mixture.

(* - the only counter I can think of would be maybe winning the Big Ten title and earning a banner will... calm them down some?)

This is officially Iowa's highest seed since being a #2 seed in the 1987 NCAA Tournament. That team made it to the Elite Eight before suffering a heartbreaking loss to UNLV. The last Iowa team to advance beyond the Elite Eight was the 1980 Hawkeyes, who were a #5 seed and made it to the Final Four. We're hoping this year's Iowa team will earn a spot in history alongside those squads.

Grand Canyon went 17-6 this year, winning both the WAC regular season championship and the WAC Tournament. They're ranked 108th per KenPom and their stronger side of the ball is on defense, where they rank 74th in defensive efficiency. Bryce Drew is the current coach of the Antelopes, taking over from former coach "Thunder" Dan Majerle. Drew hit a buzzer-beater to secure a famous buzzer-beater for Valparaiso when he was a player, then had a successful run as Valpo's head coach before going to Vanderbilt for a largely miserable three-year stint. Grand Canyon plays at a pretty slow tempo under Drew (314th nationally), but they do have some size in the post in the form of 7'0" senior center Asbjorn Midtgaard and 6'10" power forward Alessandro Lever.

I know small schools aren't supposed to have size, but I welcome this revelation. Let's see what Luka Garza can do against new bigs. Also very much here for the Dan Majerle namecheck.

3/22 - Iowa (2-seed) vs. Oregon (7-seed), Projected: Not sure I've watched Oregon for as many minutes as their seed, but they've bounced Michigan out before and are always dangerous as hell/athletic. I am so certain this game will not be fun, regardless of outcome. They are your Pac-12 regular season champs.

Also, any time the West regional is mentioned, I get "Don't Come To LA" stuck in my head. It does happen to be funnier this year since it's, well, all taking in Indy.

I'll see myself out.

Our man has to get through North Carolina and Baylor (projected) to avoid an all-time "he gone" by this time next week.

Asked Ricky what he thought of Iowa's regional...

While I think the West is probably the ‘easiest’ region on paper, it feels like Iowa got a really challenging draw. They should win the first game, but I think Oregon is tough matchup for them if the Ducks get by VCU. That will be a major test for Garza because Oregon has no one who can matchup with him on the block, but he’ll have to stop those guards on the other end. They’ve been good with Will Richardson and Chris Duarte in the lineup, and, to me, feel like the best of the No. 7 seeds (maybe a hot take, UConn has a strong case too). If they can get to the Sweet 16 though, Kansas or anyone else is possibly beatable. I’m not sure how anyone tops Gonzaga because it hasn’t been done yet, but that’s probably looking too for ahead. I hope Iowa fans are about to enjoy the run. Does it feel like there’s a suffocating amount of pressure to get out of the first weekend?

Did we just recreate the "Taken" call?

Put everyone in bubble wrap

After getting Eli Brooks back from his Wieskamp-like ankle injury, Michigan lost Isaiah Livers to a foot injury (yayyyy). When Hunter Dickinson left the Big Ten semifinal game with an elbow injury*, it legit felt like watching Michigan football all over again. Luckily, it was just a funny bone, but if it's at all possible to feel bad about rooting for a 1-seed and 2-seed, I am all the way there.

M has LSU or St. Bonnie's projected in the second round. The Wolverines seem to be a trendy upset pick, but I feel pretty confident they'll make the second weekend. Would actually take them over Iowa to do so, if forced. That said, if they both make it, I like the Hawkeyes to go deeper from there.

I think its interesting that Nick Saban has so dominated this era of college football that the period has been defined by the few players that have managed to actually beat Alabama (Manziel, Zeke/Cardale, Lawrence, Burrow) rather than Alabama players themselves

Allbirds' sustainable 'Tree' sneakers were a game-changer when they debuted in 2018 - here's how they've held up after 3 years of regular wear https://t.co/J3b1QhWlbp pic.twitter.com/Syveda26cy

Anyone rock Allbirds? I have for a few years (grey) and, though I love their versatility, have always questioned them since, you know, this. You also have to treat them more like boat shoes than running shoes in terms of actual support; they're a good airport wear.

Pullman is the Rome of the Pac 12 - Bill Walton

Desire to go Pullman went from a 12 outta 10 to an even stronger 17 after seeing this one.