As sports fans, we are often forced to do a lot of projecting.

Projecting or extrapolating. We do this not only with draft picks, recruiting rankings, or on-field statistics delivered in a small sample sizes, but also with the personalities of our athletes, who we watch at their most physically vulnerable but also entirely -- mostly? -- in mute.

Take my beloved Chicago Bulls. I spend a lot of time envisioning the likely deep and brooding personality of Zach LaVine because he's wonderful at basketball and has beautiful eyes. A Jesse Williams' character on Grey's Anatomy-type. 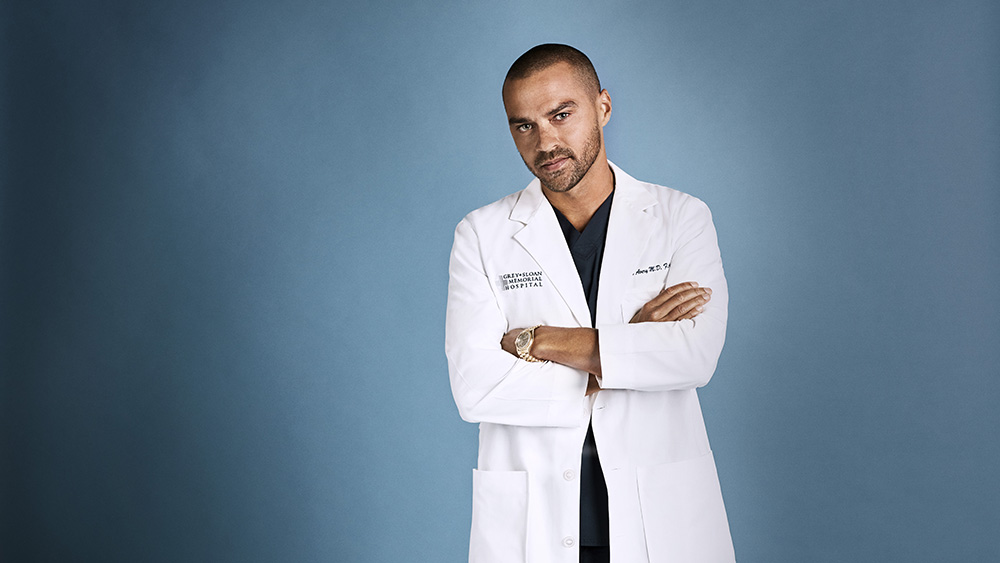 But then you watch him get interviewed separated from his on court brilliance, and... he's just kind of a guy being a dude.

Nothing wrong with that, but... not exactly the tortured artist archetype I once thought.

All of that said, this P-Mac interview is the opposite of everything just described.

Iowas Patrick McCaffery has thoughts on the call that put Brad Davison on the line for 3 free throws in 87-78 loss at Wisconsin. pic.twitter.com/hfKR7X8Q2W

The venom! Just with that opening statement part alone.

We know who they called it for. He's a good player, but he does stuff like that, and it's just frustrating.

I thought I blocked the shot. I don't think I touched him. But, uh, I don't know. Big play in the game.

He didn't get hit in the arm. That is a fact.

The interview then crests when the subtext moves to the forefront after Chad Leistikow tells P-Mac about Davison saying he got hit in the arm. P-Mac... pushes back.

There was no contact on the arm. Nowhere close. So I don't know. Maybe the leg. But the arm? Absolutely fuckin' not.

MY MAN. The way he gets the fuckin' in there. So subtle, so efficient, so pointed. Got damn, I fucking love this dude. He very much speaks for me.

If he says I hit him in the arm and leg, then I don't know, he needs to get his sensories checked or whatever, I don't know.

Chef's kiss on the ending; the great ones always have a sense for the moment.

I mean, really prepared us.

Iowa has now played three big games this year and lost all three of them.

Theyve got to get over the hump here at some point. Theyve got to have someone not named Keegan Murray provide a spark and a punch with regularity.

And theyve got to do it quick. #Hawkeyes

Did audio off for the second half. It helped some.

1/13 - Iowa vs. Indiana: Kinda surprised to see us favored by 5.5 and am betting against the Hawks for a purely emotional hedge. This would be a real nice bounce back win.

1/16 - Iowa at Minnesota: Minnesota was supposed to be one of the worst teams in the league, and, so far, they are (tied for second to last place).

But they also beat (bad) Michigan by double digits in Ann Arbor, so this game is scaring me more than it should.

1/19 - Iowa at Rutgers: This is gonna be a bear of a game. Rutgers is tough at home, and they've got some ballers, man. Everyone knows about Ron Harper Jr., but Paul Mulcahy always does at least three things a game; always.

Legend has it he played with Roy Marble

Eh, one more thing (while I'm putting our dudes on blast).

Very much pissed we lost to Northwestern. The Wisconsin game grabbed my attention at halftime, and I blame myself for a more checked out second half. "Do better," you say. I will, I say. Promise.

The good news is this was cool:

I, too, would pick Caitlin Clark to win a shooting contest vs. anyone on campus. pic.twitter.com/WNtjTNAXK5

Fran McCaffery says that Caitlin Clark is next level. Says that she can definitely be the No. 1 pick in the WNBA draft whenever she comes out. Also says that there isnt any weaknesses in her game.

-- he said, for the 11th straight season

A mechanized Donald Trump is serving yet another term as president, governing over a postapocalyptic husk of America where everything east of the Mississippi is either underwater or radioactive, and Brad Davison is still drawing bullshit fouls on Jordan Bohannon.

Random cool play to kick us off:

1) Lauren Theisen at Defector ($) on the smaller picture: "Georgia Won Me Over"

More often than not, the hype of the College Football Playoff has been given way to uninteresting blowouts and predictable victors. So when it does unexpectedly, emerge with something as singular as the Mitchell catch and as exciting as the final two quarters of this game, it does feel extra-special for the neutral fan. (It’s always going to feel special for the people actually in the game, of course.) Though Georgia-Alabama was anything but a novel matchup, the action down the stretch helped produce a rare, truly worthwhile edition of one of these CFP games.

The unhappy way I opened this blog sort of invites me to end by saying that, for a brief moment, the drama and athleticism on display caused me forget about the serious problems fundamental to both college football and our country. I didn’t. It’d be silly for me to say that I did, and a lie too. But that catch was still pretty damn cool.

2) Dan Wetzel, bigger picture: "SEC's chokehold on football will tighten if Rose Bowl sunsets and other trivialities are prioritized over CFP expansion"

In the Class of 2022, 37 of the top 101 players per Rivals.com are headed to just three schools – Alabama, Georgia and A&M. (And that number may go up.) Georgia signed 10 of the top 48 recruits in the country, and yet A&M’s class is ranked higher.

This is beyond lopsided. This is unhealthy. And when it's Aggies vs. Bulldogs for the national title in January of 2024, well, it’ll be no surprise.

Name, image and likeness should help chip away at SEC recruiting dominance. Yes, SEC teams will spend big on talent, but there is money everywhere. Compensation is an economic tool to overcome location, prestige and stability in every job market. It’s what lures workers to oil fields in North Dakota and fishing boats in the Bering Sea and garage start-ups in the Silicon Valley.

It won’t solve the problem, but even just this year, top-five national recruits signed with Jackson State, North Carolina and Missouri. Maybe it’s the start of a trend. If in a few years three schools sign “only” 25 of the top 100 players, well, that’s meaningful.

And the overall thesis:

These are perilous times for those who want a true national sport, where a measure of parity exists. For many, it’s the diversity of the sport that makes it so fun, so rich, so worth the time. College football is a game, but it’s also life to millions. The idea of 60-plus kickoffs each Saturday, or traditions even at losing programs. Of MACtion and Blue Turf and Paul Bunyan’s Axe and a buffalo rumbling pregame across a field in Boulder.

Give more teams a chance to compete for a title, give more recruits more options to play in big playoff games and even contend for national championships, make more conference races and more postseason contests matter.

Or watch the sport wither over obstinance, tribalism and mismanagement.

All that was left were memes and greatness:

Such a sucker for the Denzel video. Every time. Hate that it cut off before "You motherfuckers will be playing basketball in Pelican Bay!" Oh well.

Kirby Smart is a 46-year-old man who makes $7M a year, how does he not know about adult haircuts

Kirby haircut jokes are my catnip.

thank you for carrying the torch pic.twitter.com/VOMOixiULc

Kirby Smart yelling at the top of his lungs at Kelee Ringo, "GET DOWN!" as he takes the game-winning interception to the house for a touchdown. pic.twitter.com/dACUWbN5Hr

lol who even cares; so good

Things then... got a little outside the box.

No playoff. Go back to the bowl system. We were never meant to know who the best team is.

But let's not get lost in the forest. Stetson Bennett IV had his Vince Young moment, and yeah, they stacked the recruiting chips -- aka, what all great teams do -- but it doesn't make his journey any less of a story.

One love to the Dawgs. But always remember, in this generally bad sport, even when everything changes, it will still always stay the same.

Just passed a Bama fan who said Where are we playing next year? and her friend said LA and she said Oh, thatll be better. Already planning title game travel and probably right lol

"Boo Buie Has Been a Nightmare" is the name of my upcoming studio album. https://t.co/rtpBBylTCa

Every few months, I repost Good Bones by Maggie Smith because its just so goddamn beautiful. pic.twitter.com/vcrPMaA9Ov

The Hybrid: Caitlin Clark Is The Greatest Iowa Athlete

The Hybrid: Caitlin Clark Is The...