IOWA CITY -- I am not actually in Iowa City.

But I was on Sunday, and that's when I decided this couldn't wait until Thursday.

Been thinking about sports and, just... everything. We make a decision to follow our various teams and athletes to pass time. To bond with family and friends. Because we played and know what it takes. Or we didn't and want to try to see what it takes (see: ski jumping).

I think about how sports can have unintended consequences. Like fighting with a buddy over dumb, meaningless bullshit. Can't tell you how many Jay Cutler and Eli Manning conversations I've had over the years; what a waste of time. Also, the '85 Bears of course being, generally, morons in perpetuity.

I've been beyond blessed as a sports fan both subjectively and objectively. I got to watch Roger Federer win at Centre Court, bottle of champagne in my hand. Tom Brady come back from two TDs -- twice in the same game -- to win in the playoffs at Gillette. The Chicago Sky winning a chip. Chris Collins doing the dog thing. 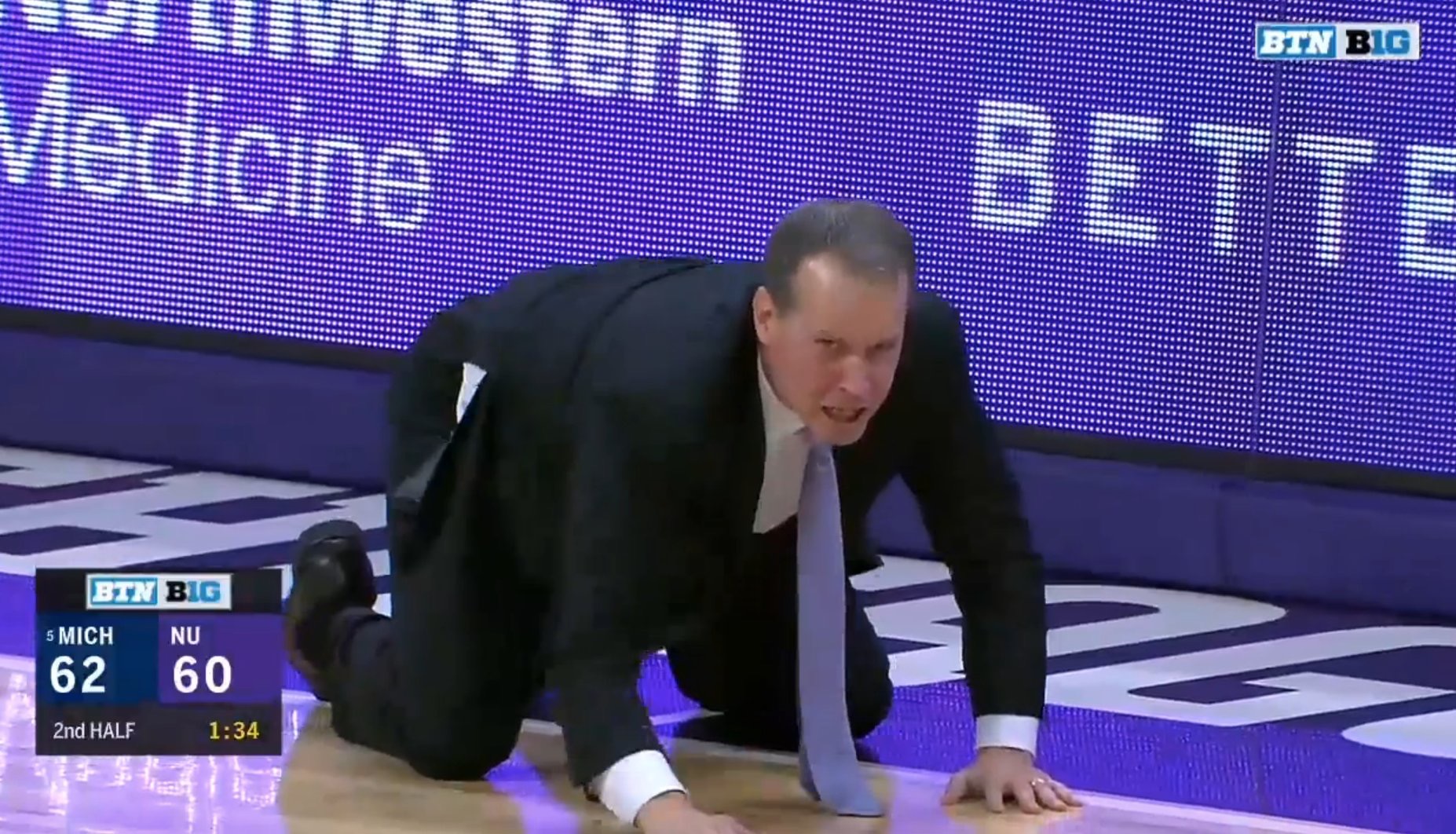 And now I can say I've seen Queen C, both home and away, in the season she led our Hawkeyes to their first Big Ten title in over a decade.

Caitlin Clark gets compared to Steph Curry constantly and accurately -- because her stroke is pure and she makes flames come out of the basketball -- but maybe she's more than Steph. Maybe she's LeBron. Not in terms of game, but in terms of "Yo, here is the crown, you're young as hell, now live up to this hype."

This line from Braydon's recap stuck out to me:

The crowd also seemed to help take the team’s play to another level. Clark in particular fed off the crowd as she hit tough shot after tough shot. Or she would try to rally the crowd to get louder just as Michigan was making a run.

She wants this shit.

I've always thought, if you gave me LeBron's height/power/skills/abilities, I could probably make the NBA... as a seventh man. These outcomes aren't always as preordained as people think.

To play like this, to play this well... this... consistently. You have to be different. Your brain doesn't let you be scared. If it does, you don't succumb. You rise. You execute. You are the executioner.

Tearing up watching Caitlin Clark hoop live at Carver for the first time; dude behind me ran out of words and exasperated Its like MJ in his prime!

I was hooping at the new field house Sunday morning, six hours before Iowa-Michigan tipped off, and looked through the glass into the aquatics center. Did you know the butterfly stroke was invented at Iowa?

I didn't. I laughed. The banner was gigantic, y'all.

Coming to Iowa in 2004 from one of the biggest towns in Illinois, it was definitely a bit of a culture shock to see the pride of native Iowans, in both the state and their Hawkeyes. Not sure, in my entire life, I'd heard someone say "I'm from Illinois" with that type of conviction.

My hometown, Naperville, has absolutely no college sports culture of any kind. If a team is transcendent for a year (1996 Northwestern, 2004 Illinois, 2018 Loyola)... people kinda care. You might see a merch uptick in the local Dick's. That's about it. We can be aimless and bandwagon-y. Distracted.

It's not like that in Iowa. The Hawkeyes are every day. They permeate everything. I remember one of my first tailgates, seeing a buddy's parents and thinking "Moms and dads want to be out here, too?!"

Passion is great -- but it can spill over.

My senior year, the football team went a pretty pedestrian 6-6. What made it worse was the false hope. After starting 2-0, we lost to Iowa State by two. Everyone still really believed.

"One loss by two points!"

Then we lost to Wisconsin by four. The belief... remained.

Then we lost to Indiana, at home, by 18 points. I didn't think it was possible, until...

Mercifully, we lost to Penn State by 20 the next week to drop to 2-4... and it finally stopped happening.

The point of this story isn't that it's pathetic -- it's that it's the entire spectrum. It's the hope, the pride, the loyalty. At times, the denial. I root for a lot of teams and players, and I've never seen anything like it.

I'm telling you today and until she stops dribbling a basketball: Caitlin Clark is your reward, Hawkeye fans. She should keep you beaming. She should make you want to create a log-in on a website just to spar in the comments with people who, somehow, still don't know. Still don't get it. Make her your avatar. Give her your money.

She's North Carolina's First In Flight pride. Purdue's hilarious astronaut thing. As real as it will ever get:

I used to play pickup basketball with this dude named Al. I wish he had a cooler name for the purposes of this story, but it was Al, so you know I'm not making it up. He was a pro basketball player for a brief stint in Europe. He bombed threes from just past half court, drove to the hoop fluidly, treated every inferior teammate with great respect. He was tall but not insanely intimidating until you saw that stroke. The net snap. Any time he went in a game, everyone locked in differently. When you were his teammate, you felt like you were flying on the wings right there with him. When you weren't, it was more of a "Do we double or triple team him if it's game point?" conversation. The one thought I found beating through my head each time he walked into the gym was "When you play, the game changes."

That's Caitlin Clark. When she suits up in the black and gold, the game of basketball changes. The geometry changes. The possibilities. The potential. The swagger. The outcomes.

Go to every game until you can't.

Ending this with notes taken down during the Michigan game: