This doesn't need to be long.

Nah, that's our North Dakota transfer. The 24-year-old. Yes, he wears a t-shirt, and I know he's not a Do Everything Guy like Murray or a Gritty Grit Grit Man like Garza or a distance shooter like J-Bo, but he's just been solid. There's a reason nearly every photo of him is playing defense, bodying someone up.

It's been fun watching him, and I have no idea what this team would have to do if he wasn't available. He's our 'size' when we still don't even have all that much size. He gets pain in the ass assignments every game (hi, Kofi/Hunter,TJD), fights, plays hard, and, sometimes underrated in college basketball, knows his role.

When the worst thing you could say about a guy is "ugh, could you be a little better at the free throw line?" -- especially when it's a big -- you're probably doing OK.

Jack Nunge leaving was a massive blow. We all supported him, but it's hard not to miss the guy. He put up 13.4 points with 7.4 rebounds for Xavier this year on 53.7% shooting. Rebrača's season was more modest; 5.8 points and 5.5 boards, but he did it playing five minutes less a game, against better competition, and while shooting a hilariously slightly better 53.8%.

This isn't a Rebrača < Nunge column. This is a "we coulda been colossally screwed, but it turned out solidly" column. That's it.

Been wanting to really shout this dude out all year, and I'm realizing now we are running out of time. Plenty of time to talk about the stars below and beyond.

So let's raise our Rakija to the man in the middle. Thank you for your sturdy service.

"I will not get you wrong."

3/11 - Iowa 84, Rutgers 74: This shall forever be remembered as the time Keegan Murray gave me my most viral tweet ever.

Sandfort running down the court with his hands up after the dunk pic.twitter.com/chONco2Rzd

The day wasn't without some indignity.

That was the most clutch shot of Bohannon's 12-year college career.

Jokes aside, I was pretty devastated Murray didn't touch the ball on that last possession. What we doing?

"As long as [Bohannon] is shooting it, it's probably better than anything I could've drawn up anyway."

- Fran McCaffery on not taking a timeout before Bohannon's game-winner.

So... so that's what we're doing. Speaking of questionable choices, I'm all in on an eyebrow cut if Indiana makes the Final Four.

If you make it, Im celebrating by shaving my eyebrow like TJD. 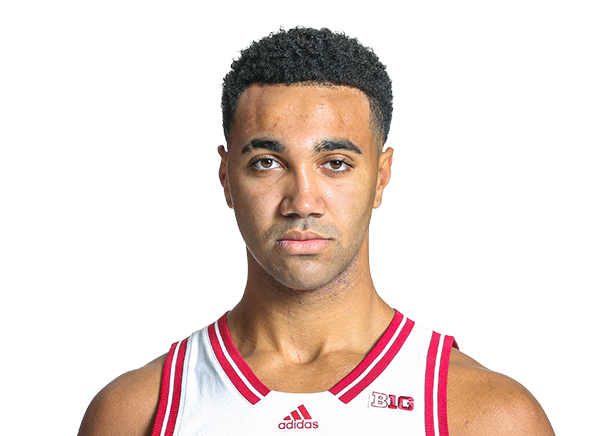 3/13 - Iowa 75, Purdue 66: This tournament run was sweet, and this was the sweetest. Everything came together. I had to pay the tax of the J-Bo buzzer beater in the previous round to get my boy Josh some legit run.

Iowa getting huge minutes off the bench from sophomore C Josh Ogundele. Should be a terrific 2nd half in Indy. #BigTenChampionship pic.twitter.com/d7pQCx0Bsl

JOSH OGUNDELE GOT A RING

Gotta say, this title felt sweet, y'all. First BTT championship for the Iowa men since I was in college. Been to a lot of these games over the years...

I'm telling you, dues have been paid.

Love what @jtoussaint_2 brings to this team. Through the highs and lows, he is the ultimate team player. He was BIG TIME this past week. Thank you for being a Hawk, Joe T! pic.twitter.com/ZP1uyXgDgD

While we're on the subject of shooting, did you know both Keegan and Kris finished above 40% from three this season?

3/19 - Iowa (5-seed) vs. Providence (4-seed), projected: I like this game, and I like Iowa in this game. Leading scorer Nate Watson is a more traditional center (read: does not shoot threes), and although Iowa's lack of size could at some point factor in, they've played around that weakness generally pretty well this season. Bet we're favored, too.

My mom works as a cashier at the Waterfront Hy-Vee and has characterized the Murray twins and several other Iowa mens and womans basketball players as good kids and I think we should respect her judgement.

Caitlin Clark on Iowa hosting in the NCAA Tournament: I expect Carver-Hawkeye to be sold out again.

That's an order, not a request.

Caitlin Clark has been named a first team unanimous all-American by the AP.

We said goodbye to Brad Davison last year. We even made a playlist. I'm not linking it again because I deleted it after seeing it too many times/getting mad when he came back. But we have a... decently solid chance this is the last time this section can cause us pain. Next week... next week can be a celebration!

If not then, then next next week.

Michigan is playing the first game on Thursday. (cc: @bobbystompy)

Predicting a crisp 1-1 showing in this tournament for the Wolverines. Also predicting me sniping at this discourse:

Indiana beats Michigan (and then Illinois) and Indiana gets a play-in while Michigan gets an 11 seed.

IU beat Michigan in the Big Ten Tournament but Michigan is a higher seed. Go figure.

explain michigan over a team it lost to 3 days ago

We... all understand the Big Ten Tournament does not represent the entire season, correct?

extremely unfair for a 0-1 michigan team to get a better seed than a 2-0 indiana team https://t.co/MKPH5jhdhj

By the time this posts, M will be nearing halftime of the tournament's first game. Starting PG DeVante Jones sustained a concussion in practice and is out, which swung the line down and made this more of a toss up. Bummer for the Wolverines to have a starter out for a second straight year in the NCAA tournament. Rumor is he could be back by the weekend if they are able to get through the Colorado State opener; no longer a guarantee.

Ashlyn: Coach, what is one difference between you and Urban Meyer?

/picks Arizona to win the natty

These refs are getting sloppy steaks at Truffonis after the game pic.twitter.com/569b8Pg5yE

Haven't thought about CJF in a while.

Somehow this got reported? But my wife is just like KD when I say Im getting one more drink. pic.twitter.com/qcNZygISMm

Have thought about KD, though.

Kentucky, Carolina, Duke, Kansas, and UCLA are the top five in all-time tournament wins, aka the Blue Bloods pic.twitter.com/lIWpaSTU9W

When my dad was Scott Halls Uber driver he left a message for me pic.twitter.com/AxWoXdtAn3

Thoughts and prayers with Scott Hall, you got this Razor #WWE pic.twitter.com/WC5ROcfgfX

RIP to the Lone Wolf.