Basketball is back, baby.

That's right, a sport where Iowa can score triple digits in points. I want no others to exist. Ross already recapped the game, so if you are going to read anything, please just read that. But, as we are in the hunger point where the Truman State game qualifies as a meal, I am parachuting in with some additional takeage below.

Incredible sequence by Iowas Kris Murray.. hits the 3, and then gets a steal and poster dunk next possession pic.twitter.com/uAn0bCpe2D

What Ross didn't link was this wonderful exchange in the replies:

But yeah, he looks the part. Inside-outside scorer, aggressive, and always, always smooth. Look at the confidence on this three: 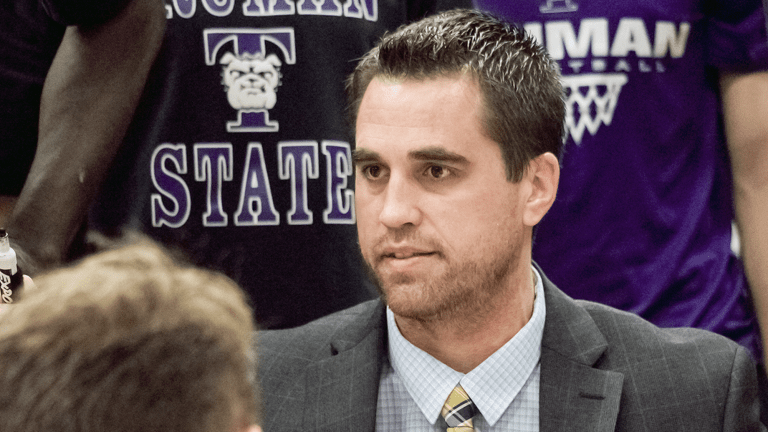 Thank you Iowa, for everything pic.twitter.com/fbpxPhmCGT

...you may have missed this.

What a wild month. So the good news is my dude is back. The bad? He... may never be in shape, ever. Like, ever. Still, if we are being optimistic, he is still a body in a team always needing size.

Just part of the package at this point.

But can he run the offense? Ross talked about it below:

Aside from Kris Murray, Iowa's other standout performer in this game was Tony Perkins. Perk started at point guard in this game, played as more of a combo guard, and looked damn good doing it. He had 18 points on 7/8 shooting, to go with 5 rebounds, and 4 assists. The most striking thing about Perkins' game was his confidence -- he pushed the ball on offense, was aggressive in attacking the basket, and was tenacious on defense.

Perkins averaged 0.7 assists in limited minutes two seasons ago. Last year, that climbed to 1.6 in a non-PG/non-starter 18 minutes a game role. Surely, it will climb further up this year... but what kind of number do we need to see in that spot? If we are cautiously hoping for somewhere in the five dimes zone, that would be the combined assist rate of Joe Touissant (3.2) and J-Bo (1.8) last year, so... actually doable?

Connor complaining his way out of playing fast break defense is next level, even for him. pic.twitter.com/mbTyU91UKl

But he was bombing last night. While 4-5 from three is a small sample size against a not-Big Ten opponent, it is here I remind you he put up a 20.7% as a sophomore and a 27.7% as a fourth-year senior. Now, I would've thought last year's fifth-year senior numbers were actually worse, but he rebounded from a bad slump and actually ended up at 33.8% for the season -- better than you thought, right?! If he can get closer to 40% as a sixth-year senior (ohhh, what a sentence), that plus coming off the bench could lend a steady hand to Iowa down the road when you also factor in his passing and -- /throws up in mouth -- veteran leadership.

Overall: the surprising thing about this team is, a season after losing Iowa's best NBA prospect in decades, the ceiling of, you know, winning at least one game in the damn NCAA tournament is actually attainable. They will not be perfect, but I love the starting five and think it is going to be a lot, lot, lot of fun. And with football as the bar, they should be able to clear that standard blindfolded, backwards, and bare assed.