Well, last week was not great again. On top of that, I am turning 30 this weekend and I am starting to wonder if I am #WASHED. I am over the hill. Nothing left. My picks stink, probably because my eyes don’t work and I can’t see the spreads. I barely remember who played each other last weekend! I need to stop gambling on sports and start playing bingo at one of the local retirement communities and then MAYBE I could have a winning record in something.  WHY AM I CRAVING RAISIN BRAN CEREAL?

What I am saying is the picks need to be good this week or I am going to lose my mind (and my house). Dear God, please send help.

BIG TEN GAMES OF THE WEEK

The Hawkeyes vs the Rams! Rams…Ram…Hey, maybe I need to buy myself a 2022 Dodge Ram to get out of this midlife funk? I mean, LOOK AT THIS THING.

Vroom Vroom. Speaking of Dodge Rams, Iowa’s offensive line should have no problem opening up holes so big against CSU that a 7,100-pound 2021 Dodge Ram 1500 could drive through. CSU stinks. They are bad. Steve Addazio, famous for one quote, has not been the savior many at CSU thought he would be. How can CSU not get good recruits? The campus is sweet, their new stadium is lovely, and that whole mary jane thing in Colorado seems like a major selling point, no???

Whatever. Great match-up of punters this week! Hopefully, we won’t see Tory Taylor much but I am not super confident. CSU has the back-to-back-to-back (I think? Not going to Google it) conference punter of the year which is SICK. I have a feeling his average is helped by the altitude though, so we may be dealing with a case of punter fraud which will be exposed by the PUNT GOD Tory Taylor and THE GOD OF PUNT RETURNS Charlie Jones.

The main questions I have this week:

Iowa cruises and we can all get ready for some B1G football the week after.

Ever since our Lord and savior Frank Solich abruptly retired this off-season, the Ohio Bobcats have been a mess. It is understandable though, things tend to fall apart when your beloved leader, who happens to be one of the greatest of all time, is suddenly gone. It is sad to see. 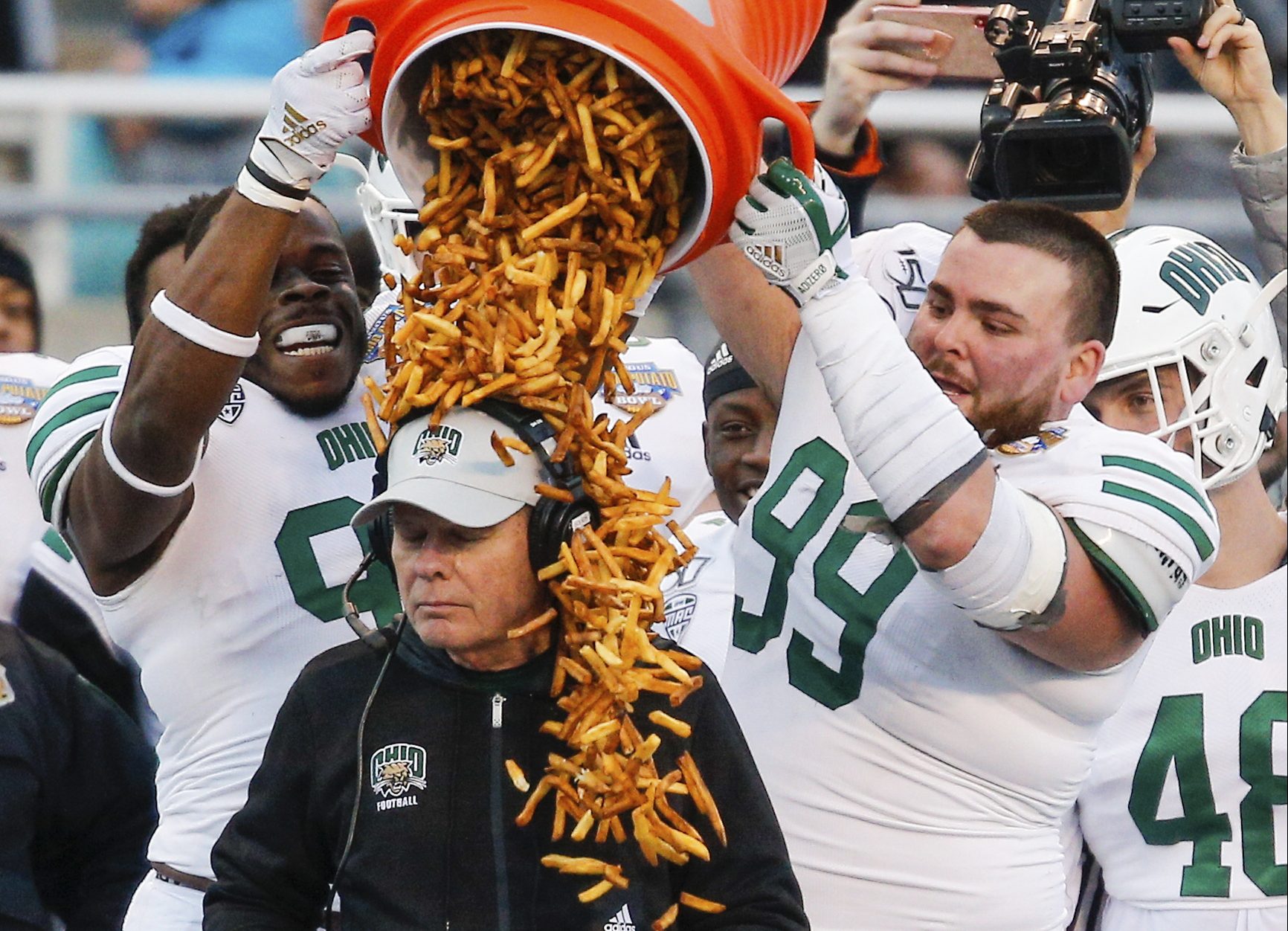 On a non-Frank Solich-related note, this is a matchup between the Wildcats and the Bobcats. The difference? Nothing. According to Google, they are the same thing. Neat! These CATS are almost as cool as this sweet RAM Hellcat V-8 I just found and omg I am going to be a truck owner by the end of this blog.

Northwestern isn’t good, but they aren’t OHIO bad. Wildcats win and we will take #NUnders which has only hit once this year and it was a game we did not bet on. PAIN.

Jack Coan vs his old team Wisconsin, what a story! Before being hurt at Wisconsin, Coan was pretty damn good. In 2019 he threw for 2,727 yards, 18 touchdowns, and had the 13th best quarterback rating among Power 5 quarterbacks. Not bad!

I don’t know why he transferred, but I would like to think it is because Wisconsin stabbed him in the back and tore his heart out. This is his revenge game. This is how he gets his payback for all the terrible things they said when he left (not sure if anyone said anything negative), This is General Maximus Decimus Meridius returning to Rome to take back what is rightfully his. THIS IS SPARTA (a different movie but you get the point).

Maryland looks to keep the perfect season going against a Kent State team that looked pretty bad against Iowa last week. I think the Terps roll here which means they will probably barely win but I am taking them to cover anyway.

Look at undefeated Rutgers getting a game on ABC! Good for them. Michigan is going to win this game, they are giving me “undefeated until they get blown out by a 3-loss Ohio State” team vibes right now so I am fairly confident. Also, no matter how many games Rutgers wins in a row I will never, ever, have confidence in them.

Remember when Illinois opened the season with a win over Nebraska and everyone thought they might be okay? Turns out they are actually very bad and Nebraska is also just very bad. My brain is telling me to take Purdue here so I am going to not do that. Illinois and the over!

Mel Tucker and the boys put an absolute beat down on THE U last week by scoring 21 points in the fourth quarter. Mr. Tucker and crew now get to come home and play Nebraska, who almost beat Oklahoma.

What? Nebraska probably would have won if they could have just stopped doing stupid stuff for literally two seconds. Every single one of their offensive linemen got called for a false start. Their center got called for two unsportsmanlike conduct penalties. THESE GUYS ARE IDIOTS. I miss the days when Nebraska had linemen that were dedicated to the fundamentals. You know, guys that refused to flinch before the ball was snapped no matter the circumstances.

Now that is the mental fortitude that this Nebraska team needs if they are going to return to glory. This man was being viciously assaulted by gravity and he still did all he could to not move. Do more of that, Nebraska.

Mel Tucker owns Scott Frost, having beaten him twice while at Colorado. I have picked against Nebraska every game this year, why stop now?

No C.J. Stroud for OSU so I am guessing this line will come down by game time. With that being said, Akron is awful. The worst team in the MAC by A LOT. They lost to Auburn by 50, and Ohio State should do something similar, even with their backup QBs.

I thought Western Kentucky had the red field so you can imagine how disappointed I was when I googled it and found out they have a plain old green field. WTF? Also, how did Indiana end up having to play at Western Kentucky? Who does their scheduling and why have they not been fired? Time for the Hoosiers to get their season back on track and, more importantly, start winning us money again.

TOP 25 GAMES OF THE YEAR OF THE CENTURY

I bet against Arkansas last time they played a Texas team and they made me look STUPID. They would never do that to me twice, would they??

It would be nice if Iowa State kept winning so that Iowa’s win over them looked better but I don’t really care. Let’s just pray for points.

DEGENERATE SPECIAL OF THE WEEK

LOVE the Roadrunners here. I don’t know why, I have not watched either of these teams play this year minus like 5 minutes of the UTSA vs Illinois game...Oh well, very confident with this pick. I actually would like to announce it is the first SPREAD AWARENESS LOCK OF THE YEAR of the year. 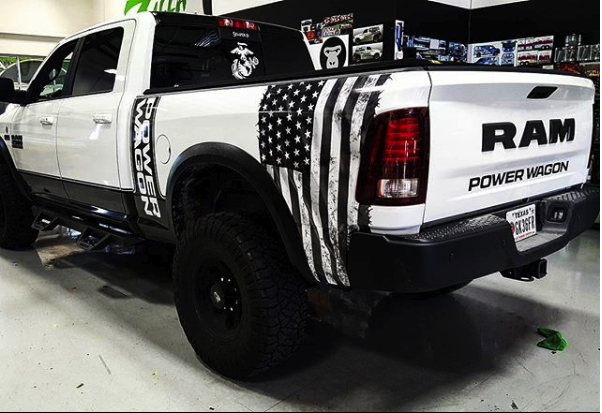 Good luck this weekend everyone, Go Iowa, and Go America.