Dont come in here with that bs

Me coming in with the bs: pic.twitter.com/YxS6sMKHG5

"It's a scientific fact that a beer tastes better when it travels more than five feet in the air."

Boise State at BYU: Does... does this mean we need to rename the Chocolate Milk Title Belt?

Wake Forest at Clemson (2): First thing's first, why would he have bought a cereal called "Clemson Sucks"?!

It’s homecoming week at Clemson. What’s that mean? Well, sorority girls go crazy, and there’s a parade... oh yeah -- and we play a sorry team like Wake Forest. Fun fact: Wake was my second choice for college (dodged that bullet).

People keep saying Wake Forest has a really good defensive line. I don’t know who these people are, but I got some oceanfront property in Arizona I can sell them. Look, just because Florida State had a last-second touchdown to beat them last week does not make the Demon Deacons the greatest team out of the triangle area. They are still Wake Forest. A basketball school. A place where nerds go (like I said, dodged that one).

We are Clemson, we play football, we beat your ass, and we would probably take your girl, but Wake Forest has ugly girls. Not as ugly as Duke, but they are up there. I’d tell you to watch the game, but it’s not even gonna be close. Sleep in, run some errands. I don’t know what to tell ya, but it’s gonna be a snooze fest. I’m not even excited for this game.

This weekend, take an extra shot of whiskey.

Iowa State at Oklahoma (3): We already addressed it earlier this year, but that doesn't mean the Iowa State QB's hair isn't worthy of more analysis.

Jacob Park looks like a guy who'd wear American flag breakaway pants to the gym and then give you lifting advice when you didn't ask for it pic.twitter.com/BiaS0Q5amf

Oh, also, legit thought this was the Cyclone helmet until I looked harder.

is that a cyclone on iowa state's helmet or a bugle pic.twitter.com/TokkS3Q9Cg

Penn State (4) at Northwestern: Was recently reminded of Northwestern basketball making the tournament for the first time ever last year. Spent so much time rooting against it/enjoying the futility, but now that it's over, it's like I never actually cared at all. About as indifferent as sports hate can go.

Not indifferent? This guy.

...and his ocean counterpart:

Georgia (5) at Vanderbilt: Every. single. time. I'm googling a quick shrug reaction, I always run into long videos, bad Vines, or people working out. But I spent extra time this week (clicked into at least two more pages of results), to get you... rehab shrugs!

Before you're critical, I task you to find a shorter, better shrug video to replace this one going forward.

Ole Miss at Auburn (12): Oh, don't tell me we're gonna start having to take Auburn seriously again. That one L is looking better and better.

"It's funny to hear a female talk about routes."

NFL's Cam Newton faces backlash over this comment to a reporter, via @TODAYshow pic.twitter.com/wn29AHiEfY

Eat shit, Cam. Please continue to make it harder and harder for people to take your side on issues. I am going to end this now before your goatee comes up.

Temple at East Carolina: Temple did this last week...

...and they lost by a touchdown, but still.

Illinois at Iowa: I don't know how Iowa fans reacted to being favored by 18 in this one, but in my head, they were like "Whoa, what?!"

Iowa deserves that 18, man. And I don't say that as a Hawkeye fan -- I say that as an Illini soccer mom. I *want* Illinois to be good or even great. I want to watch Mikey boost his stock and become the first player from my high school to be drafted into the NFL. As it stands, the offense doesn't move, the defense does, and now Jeff George Jr. is coming to town. Dire, dire times in Champaign. 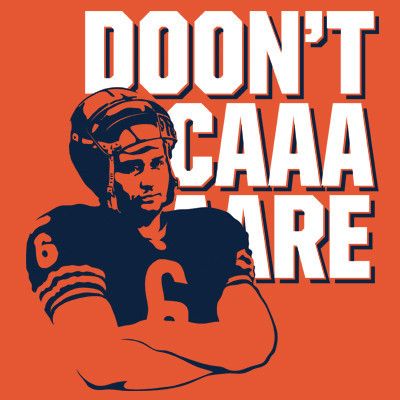 Notre Dame (21) at North Carolina: An explosive match up.

Also, this exchange in the comments last week regarding Brian Kelly's height destroyed me:

TherealCatnuts 29 SEP 2017, 8:34 AM
How did I not previously know that Brian Kelly is leprechaun sized? I guess I had always thought of him as a normal-sized terrible, terrible person.

Minnesota at Purdue: /crippled trying to figure out if this is cute or hacky while being quite sure it's hacky

Why does Fleck have decoys around the #Gophers football complex? Another message... pic.twitter.com/kyrualQi2H

Urban Meyer spoke out again about the college basketball scandal. "If you lie, you can never coach again." https://t.co/qgL3UO72Js

In... what existing world could we ever let anyone take this headline seriously? It upsets me so much that I'm not upset. I think the move, honestly, is to just add it to the bottom of the original The Contract.

Sure, Urban Meyer now makes $6.5 mil a year in real money, but can you even put a price on his 2012 family contract? pic.twitter.com/BGEBmJpnTy

Oh, before I could finish this section, I accidentally did some research on The Contract, and, well:

On radio show, caller asks Urban Meyer if he's honoring the pink contract. He goes for easy laugh: "I tore that thing up a long time ago."

Meyer adds he's kidding and that he goes out to dinner with his daughter "author of that latter" every Wednesday.

Oregon State at USC (14): Debated not going low with this Darnold/bully joke tweet:

Sam Darnold looks like a bully in a teen drama pic.twitter.com/qSjtrgjarX

...until USC became actual bullies, as one of their bigger dudes laid out a Cougs fan rushing the field after Washington State's upset* last week. They say they took care of it internally, but is it crazy to think he should have potentially been kicked off the team? I'm not saying 100%, but I am saying he's a monster in pads... he could have legit killed that guy. Intent over outcome, I suppose.

Also, this bro 10% won me over before hitting next level "dismissive prick" status:

Incredible. USC Beat Writer Dan Weber showing nothing but class following the loss: "These idiots, or should I call them morons at Wash. St" pic.twitter.com/DAjbwzXPtt

(* - ohhhh, you best believe we gettin' into that one later)

Alabama (1) at Texas A&M: As not fun as this Alabama season is and will continue to be, I blindly assumed at least the Tide themselves were having fun.

Michigan State at Michigan (7): Regular readers of this column will remember I missed Q4 of Iowa-Penn State for my gf's bday a few weeks ago. Well, the sequel is this week, as I got her concert tickets for Saturday night to see one of her favorite artists.

Then, Michigan announced the MSU game would be at night (this, like, doesn't ever happen). Rashan Gary, your thoughts?

Purdue GIFs will be posted at noon. a small sampling of the violence contained therein. pic.twitter.com/OZTwZYw7rv

The team itself, meanwhile, has likable Sparty to deal with.

Maybe even more interesting than MSU's face turn? This stat:

Michigan State hasn’t always kicked Michigan’s ass, but... the Spartans have always given their absolute best against Michigan, whether they’re contending for a Big Ten championship or just scrapping for their first conference win of the season. There is no better evidence of this than that, from 2008 through 2016, Michigan State is 9-0 against the spread versus Michigan. They’ve beaten the spread every single time.

Y'all dog Iowa State for caring too much about the Iowa game, but that is seriously impressive. I don't know where any of this is going*, but suddenly, Michigan State's 13 point underdog status doesn't feel so intimidating.

Lastly, Michigan State's win over Iowa last week means we got another victim in the preseason MSU over/under projection list:

In response to the Hybrid - I have been having a blast with Wisconsin’s QB’s name. “What does my bedroom and the Wisconsin backfield have in common? A: They both have a horni-brooke.” (For background, my wife’s name is Brooke.)

Every college football fan is, in some part of their soul, a Wazzu fan.

I'm starting to believe this more and more. As discussed above, Wazzu had a pretty big game against USC last week and, well...

Not sure where these signs are coming from but I love it. pic.twitter.com/OzvxX0wi0G

Leach on ESPN: "It's like Woodstock -- except everybody's got their clothes on."

It was some failed flying chest bump shit, you guys.

Great performance by @wsucougfb !! Im so proud of the way they played tonight. Keep it goin fellas! #gocougs #WSUvUSC pic.twitter.com/feUvEc0bkG

Being a Cougs fan is typically filled with so much disappointment and shame and dumb, dumb losses, and it's not like when Iowa or Michigan State or old Clemson would go down still swinging. It's this feeling where, deep down, you know they earned that outcome; short field goal misses, getting tabletopped by FCS schools, long losing streaks against top flight teams.

That USC game? Man, that was something different. That was not an upset. That was the better team going out there, playing more physical, executing better, and kicking ass. Do I have concerns about this team -- the only one in college football to not play an away game -- replicating this outside of Pullman? Well, sure. But unlike last week, there's a *belief* now that simply wasn't there before. It feels a little like Iowa's 12-0 season from a few years ago where you're like "Wait, what, this is what the team is gonna be?"

Getting earnest and vulnerable right now, so I'll stop.

Going thru post-USC vid, & I feel like Luke Falk helping this guy take a selfie & then tossing up the thumbs up is the most Luke Falk thing pic.twitter.com/qz0UcgyYlE

Stanford at Utah (20): David Shaw. Utah. The Chocolate Milk Title Belt is on the line.

California at Washington (6): Have the Huskies even played a ranked team yet? It's god damn October.

In a week that included the Vegas shooting, the death of Tom Petty, and the passing of my mom's mom, I got to-got to-got to end on a message of hope and, of course, music. I've always thought John O'Korn was a bit cheesy, but on Monday, his tweets kinda hit me the right way.

TUESDAYS WITH BOREY: Quoth the Raven