"Sitting is the new smoking."

Penn State (8) at Ohio State (2): This game was always gonna suck, but it's so disheartening to see everyone already know. Vegas has tOSU as an 18-point favorite. What I'm saying, Penn State, is it's not gonna be this easy:

It did not work

Western Carolina at Alabama (5): Your boy will be in the house for this one. That's right -- headed back to the Yellowhammer State to take in the game with my pops. And the opponent, combined with Tua's awful injury, means we are sitting in the lower level for the first time in our three games there. Speaking of the Tide's fallen QB1, this college career obit gave me some mind-bending perspective:

On a lighter note, totally forgot it was Lane Kiffin who helped bring him in. Great times (until they weren't)!

Minnesota (10) at Northwestern: I begged y'all to have swagger last week, and we did it it. We beat Minnesota. Did we rush the field and taint it somewhat? Of course, but, hey, I'd rather have the swag overflow than be half full. Speaking of overflowing...

Hook it into my veins pic.twitter.com/XUiroFD56a

...at least he died doing what he loved (being distractingly overzealous).

Samford at Auburn (15): Yo -- thinking Auburn could succeed was my bad, all.

Nate Stanley kept his helmet on during the celebration with Floyd of Rosedale as the Kinnick crowd rushed the field: "I don't want my helmet to be downtown later tonight." #Hawkeyes pic.twitter.com/fJzE6FM9SW

Well, you all get to see Donny Navarro this week. What he lacks in Mikey big play explosiveness, he makes up for in complete solidness. As his high school coach said, he could "get open in a shoebox".

Several children have built a giant snow mound and are flinging each other down it before kickoff. King of the hill? #UTvsISU pic.twitter.com/Kwpw8aCi1l

But what is this? 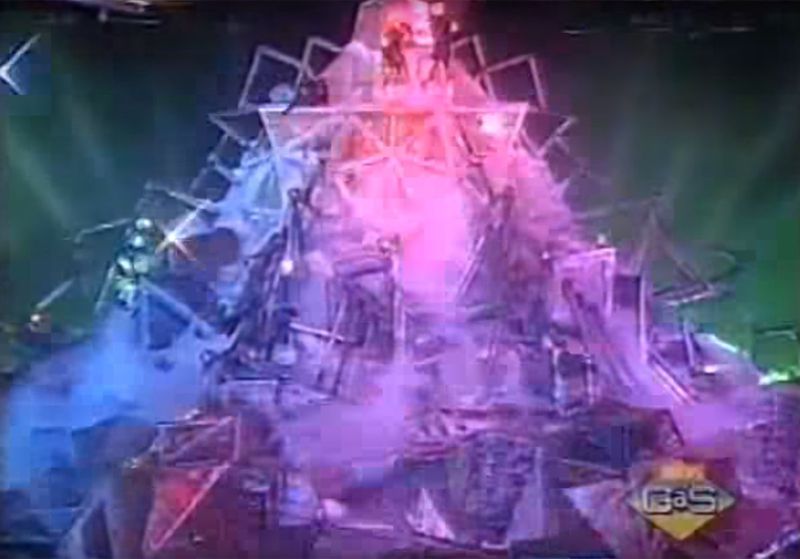 As for Kansas... they'll be paying for the sins of their basketball progr'm.

Gimme dudes who steal the ball down 55 points and dunk on schools who keep dodging NCAA sanctions https://t.co/zMNugkGHRX

This is so embarrassing lol https://t.co/3Q8f8BzkOB

A good example of the kind of thing that plays completely different when you win vs. when you lose. https://t.co/lHsgfBUM9T

And lose, they very much did. And this wasn't of the "Defeated With Dignity" variety.

Brian Cook at MGoBlog thinks this is very much the end -- whether Dantonio stays or not.

Michigan State is headed for a bowl sponsored by a suburb of Chicago if they can beat Maryland and Rutgers. Next year they lose seven starters from their defense, which has already flagged badly as the talent starts to run out. Dantonio is about to be deposed in a lawsuit from Curtis Blackwell. The aftermath of Blackwell being made the fall guy has cratered MSU recruiting, which has zero top-15 players in Michigan and zero top-20 players in Ohio as they trundle towards a recruiting class currently ranked behind Minnesota, Kansas, Georgia Tech, and Iowa State. Cincinnati, Purdue, Indiana, Maryland, and Kentucky have higher-rated commits in MSU's home state than MSU does. Six guys have already hit the eject button and headed for the portal.

Faced with a disastrous offense last year, Dantonio went the Brady Hoke route, firing nobody but rearranging the deck chairs on the Titanic. Faced with clear evidence his quarterback was concussed against Illinois, Dantonio again went the Brady Hoke route, asserting in a press conference that everything was fine and no check was needed to be made only for the school's medical staff to assert he was lying in a statement issued hours after his press conference.

Michigan State's athletic director is a vastly unqualified internal hire who owes his job in part to being Dantonio's buddy. Bill Beekman is not going to fire Dantonio. If Dantonio does decide to pack it in, good luck having that guy convince a coach to sign up for a job in the same division as stable, winning editions of OSU, Michigan, and PSU—especially after MSU's fanbase now expects 10 wins instead of 7.

This is as good as it's going to get for Michigan State in the near future.

Jon Reschke did some racist shit, to be clear.

What an exciting season it's been, then https://t.co/ptYqlCwrWu

Just glad Dantonio has his priorities in the right place. If you are very much not an MSU fan, this feels like a good crossroads. They could keep the old staff around and do much of the same, or let them go and hit the reset button, which presents its own setbacks. Couldn't have happened to a better lot.

Anything you'd care to add, Rutgers?

Boston College at Notre Dame (16): Can someone who is not me research if this is the same section that dressed up as Steve Jobs that one time?

Texas A&M at Georgia (4): Spencer Hall, in his always impeccable way, put into perspective what it's like to watch boring ass Georgia.

Georgia is this year’s excellent zero-fun-added football team of record, doing nothing to make a game any more interesting than it absolutely has to be. Jake Fromm will throw for 100 yards, and all of them will be crucial and necessary yards to get. D’Andre Swift will run for almost exactly 100 yards. Kirby Smart will coach the game like it’s 1982 and he is possessed by the spirit of Pat Dye, because Kirby Smart a) is the kind of coach who would happily ban football games involving more than 40 points combined, and b) has definitely lost at least one pair of pants in Lake Martin.

Note: I bet Kirby Smart is so football-conservative that he misses ties.

...and one more parting shot:

Georgia is the wealthy funeral home director of college football teams right now. They may be well off, but no one wants to watch what they do to get there. The Bulldogs got exactly what they wanted when they hired Nick Saban’s defensive coordinator: a team that looks and plays just like 2009 Alabama. No one liked watching them win things, either.

Texas at Baylor (14): It all started so well for the Baylor Bears.

It even... continued well. That was until their 28-3 lead became something you didn't want to be proud of.

When it was all said and done, our undefeated kings were reduced to emotional, college football rubble.

this man needs a friend pic.twitter.com/fq7p7v9xwe

Was at a Friendsgiving, and someone asked "Why are they singing the fight song together even though they lost?"

What do you even say to that? Because college football drags you through it regardless.

Michigan (13) at Indiana: Not nearly done punking Sparty, so let's do some more of that before we touch on this nothing game.

After MSU got off the bus in their big dumb helmets, Charles Woodson gave Michigan a (fake) pep talk on studio show. This is the same Charles Woodson who transcends his university and recently did this.

Shoulda known then. From there, you had one "OK, cool" MSU TD drive followed by series of perpetual humiliations and penalty flags.

Always some extra pushing and shoving in the rivalry games pic.twitter.com/YHlcIwXPUl

Shea, who probably had the best game of his Michigan career, managed to also give us this...

Why doesn't every qb trip themselves to avoid int grounding? pic.twitter.com/QlaW3eNkra

...as well as eye black that went, like, into his hair:

Our man also... very much struggled to lift the Paul Bunyan trophy.

Not to say Mr. Bunyan wasn't eventually dressed to the nines:

Michigan tailored clothes for an imaginary lumberjack and won, this year in positive and independently conceived concepts of masculinity has been insanely good so far https://t.co/0c9cQWHRJt

Even Harbaugh himself seemed to get back a touch of the old mystique (maybe my favorite highlight of the entire week).

Historically, Indiana plays Michigan close, and the Hoosiers do not have nearly enough winning to show for it. Though the Wolverines are a touchdown favorite on the road, my take is: who gives a shit? This season is dead, and it's all about tOSU anyway. That's why I can't get on Shea for this.

UCLA at USC (23): You know, for not being relevant whatsoever*, USC always holds up their end of the #content bargain.

1) We had a Hans Moleman-ing

3) And, lastly, this dude treating his teammate just as inconsiderately as your friends treat you.

Whats this dude doing while his teammate is getting ejected from the game? #CalvUSC pic.twitter.com/NO275vPj1K

Nebraska at Maryland: So you all hate Nebraska and want them to fail at everything always, right? What do you think of the Scott Frost extension?

Purdue at Wisconsin (12): Big Ten only college fantasy football update: at 5-6, my co-owner (Ohio State fan -- that's right!) and I snuck into the playoffs, upset a real team, and are now into the final four. We... now play the best team in the league.

QB: Stanley (though we could go with the Sconnie QB, which has for sure happened out of frustration multiple times this season)
RB: Michigan RB2, tOSU RB2
WR: Michigan WR1, Michigan WR2, Donny Derangement
TE: Some Purdue guy
Kicker: Penn State
Defense: Sconnie

For those of you who do not play horrible college fantasy football, here's a good rule of thumb: Rutgers ruins everything. I could see the dead Sparty D putting up, like, 40 and swinging the whole thing. If they truly have thrown in the towel after a bad rivalry blowout, we could be back in the mix.

Arkansas at LSU (1): Whether this is true or false, isn't the believability just all the way there?

The final margin is likely to be very close. A Dem strategist I just spoke with credits LSU's win vs. Alabama for voters' satisfaction w/ direction of state & Edwards's razor-thin victory. #LAGOV

(basically the second half of Michigan-Michigan State)

TCU at Oklahoma (9): No 10,000 word recap could explain where the Sooners' season is at better than this animation.

Oregon State at Washington State: Gotta get this one or the Apple Cup for bowl eligibility.

Boise State (20) at Utah State: Couldn't decide on the photo or video, so let's do both.

The Force is strong with this one pic.twitter.com/3PowiDpaeo

"You can't plant potatoes one day and expect to eat potato salad the next day."

Let's all go be potatoes.

Iowa 26, Nebraska 20: If You're Happy And You Know It, Clap Your Hands