Went to Pebble Beach and did the 17-Mile Drive last weekend.


Michigan was kinda flailing against Penn State as we drove out. Iowa... had its struggles against Minnesota. And that doesn't even factor in my beloved Neuqua Valley Wildcats (more on them later) in their massive quarterfinals game.

But why am I even talking about sports? This intro is the opposite of sports.

I drove out in a rental car from Berkeley with my wife and two cousins. It was our first annual "cousinmoon" (yes, we made jokes about how incest-y that name sounds).

The younger of my two New Jersey cousins is in grad school, and her older sister came out from Manhattan. The traffic was bad, but it was one of those drives where you simply do not care, even as gridlock increases and the ETA ticks up, up, and up. We had California songs on the stereo, and, at one point, I was positive it was summer. We ate some In-N-Out before going into the park. Admission was, legit, like, $10. I woulda paid $100.

There is just something about seeing the Pacific Ocean and those crashing waves; everything bad fades away. Nothing else in your life seems important. I feel like I belong there in a way I don't feel when I travel to most places. There's a reason why I wrote a song about wanting to die in California.

Definitely makes you realize why warm weather climate people can't physically care about sports the same way us Midwest obsessives do. When you are in that sunshine, nothing else matters. I definitely had my phone on standby with the updates, but even seeing the 'bad' scores that would upset me on a normal Chicago afternoon simply did not have the same effect. It was there in some way, sure, but it was dulled at best. Bad outcomes could not gut me; not there.

The point of all of this, I suppose, is we could stop doing this at any time. We seriously could. It might not be easy, but once you break the habit, you're free. It's the kind of thing that only makes sense on vacation. Reminds me of an old Adam Carolla rant about how you always say you're going to listen to reggae music when you come back from the beach because it's relaxing and could help you chill out in your every day life... but you never do -- since it only makes sense there. And maybe that's exactly it.

Because I will care about sports more this week. And next week. And the week after. Because winter is coming, and that shit is unavoidable. I need hoopyball to make me forget about the snowfall.

I once heard "A bad day of football beats a good day at work"... but does hiking and watching the sunset trounce both? Ugh, hate how hippy that sounds.

But I really, truly do mean it. And that's how you know I spent four wonderful days in the Golden State.

Aright, time to scatter my winter coats in the air like confetti while searching for the humidifier.

“The job of the newspaper is to comfort the afflicted and afflict the comfortable.”

As called on NIU radio: pic.twitter.com/8Z5J2vckQf

Louisville at Duke: Walked by Cameron Indoor a few weeks ago, and my goodness, you'd never know. 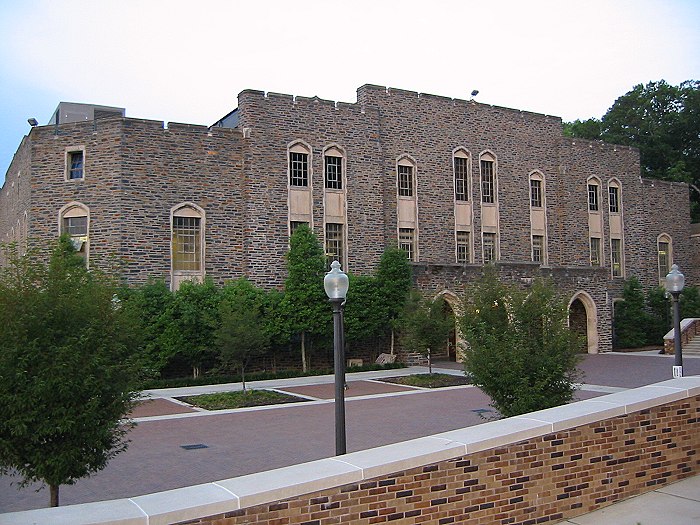 Maine South 14, Neuqua Valley 13: Ohhhh, y'all. So we went down 14-0 in the quarterfinals. Defense stayed strong, but the O had two red zone picks, which... wasn't helpful. We end up coming back when our Western Michigan-bound kicker scored the potentially game tying TD... only to clank the XP. We got into FG range (50+, but still) at the end, but the kick was short. Goodbye, dream season.

The good news: we get QB1*, RB1, LB1, WR2, and WR3 all back next year. Also: thank you all, very sincerely, for following along/putting up with my bullshit.

(* - three year starter; this is absolutely it)

Charleston Southern at Georgia (1): The SEC's bad games in November get me every. damn. year.

Michigan State (7) at Ohio State (4): Game of the Week. Ohhhhh, you're gonna get lit up. That said, Sparty is clearly playing the lonnnng game.

If the potential extension is for "making sense," then he's got my vote.

I agree, sir; do wonder if the future of the CFP is giving three-loss Alabama a national title because, deep down, we still know they were the best team. It certainly would be safer.

Iowa State at Oklahoma (13): Ohhh, the committee could not wait to get the Sooners out of the Top 10.

Rutgers at Penn State: This game looks like a cloud.

This whole season is becoming an SNL skit. #HookEm pic.twitter.com/pMd205e8ir

Cuts off at absolutely the perfect time.

Im witnessing a Kansas football fan experience joy for the first time. This was at 14-0. pic.twitter.com/6Ud6XmnbnN

Illinois at Iowa (17): That No. 17 ranking looks really damn good. No worse, no better.

Thanks, I hate it https://t.co/jnfDYoikrc

On a positive note, Michigan's Erick All did this:

Could do this synergy all day.

Georgia Tech at Notre Dame (8): Haven't given real thought to ND Nation in weeks, and, similar to the Chicago Bears being on a bye week, it's fantastic.

Arkansas (21) at Alabama (2): Time to play "guess the spread on a game that looks cool on paper but for sure isn't once you, you know, see the spread".

Michigan (6) at Maryland: Cade McNamara has this bro-y sincerity I absolutely love in my sports movie actors.

.@UMichFootballs Cade McNamara was emotional when hugging his center, Andrew Vastardis, after their win over Penn State. You love to see this kind of passion and brotherhood. When asked if this was a playoff team if they continue to win, McNamara said, Yes. Without a doubt. pic.twitter.com/fggfQYRjNk

Also you better not blow this god damn game, M. I want a clean decapitation against tOSU, so you can't, like, be on life support already.

Jim Harbaugh discussing the Wolverines' win over Penn State on the Inside Michigan Football radio show: "There was a winner, there was a non-winner. But the real winner was football, the game of football."

Nebraska at Wisconsin (15): Go fuck yourself.

The old *pin-the-arm, pull-down* forced travel call. Gotta give the guy credit has every trick in the book. pic.twitter.com/tvttXZihiz

This is not a sports hazing thing. This is a "I am begging you to quit the sport of basketball" thing.

Minnesota at Indiana: My tOSU co-manager and I made the final four of the Big Ten-only college fantasy football league. Having the week's high score without the services of the Nebraska defense was especially sweet. This week, we play Cade McNamara and a team managed by my friend Paige, who had a kid a few weeks ago and is undefeated since. That said, we get the Nebraska D back and start a full lineup, so the sky is the limit.

Florida at Missouri: One of my fav tweets in a lonnnng time.

He gonna do all this and get to high school and get picked off by a dude who chases rabbits in a sugar cane field. https://t.co/Zei0YAS20i

Virginia Tech at Miami: I know none of y'all can get to four. Can anyone get to... three?

1) Well, Keegan Murray is officially my favorite male Hawkeye hooper to ever suit up

WHOOP! There it is!

Seton Hall fans celebrating their upset win over Michigan by singing "Seton, Seton Hall/I Love To Go To Seton Hall" to the tune of The Village People's "Macho Man," as is the custom.

Really can't explain how that's not me.

JUST IN: Michigan has signed head coach Juwan Howard to a five-year extension that runs through the 2025-26 season. Terms not readily available at the moment.

Spencer Petras vs Alex Padilla: Looking at the Numbers Behind Iowa's QB Battle

Pod of Rosedale Episode 15: Praise Be...