Stressed about tomorrow's game? Me too!

We're less than 24 hours from the 2019 iteration of the Cy-Hawk game, and if you’re anything like me, that means it’s time to…*inhale*...try not to stress over this game to the point where the entire experience is unenjoyable...*exhale.* No matter how well Iowa performs preceding this game, and no matter how much talent and experience the team brings to the game, this particular matchup makes it difficult for me to STAY CALM.

Why am I riddled with anxiety when watching this game? Why are the stakes higher for what is, ultimately, a non-conference game? Why has my weekend escapism morphed into yet another outlet to raise my already high blood pressure? If only some soothing character from this rivalry game could put my mind at ease… 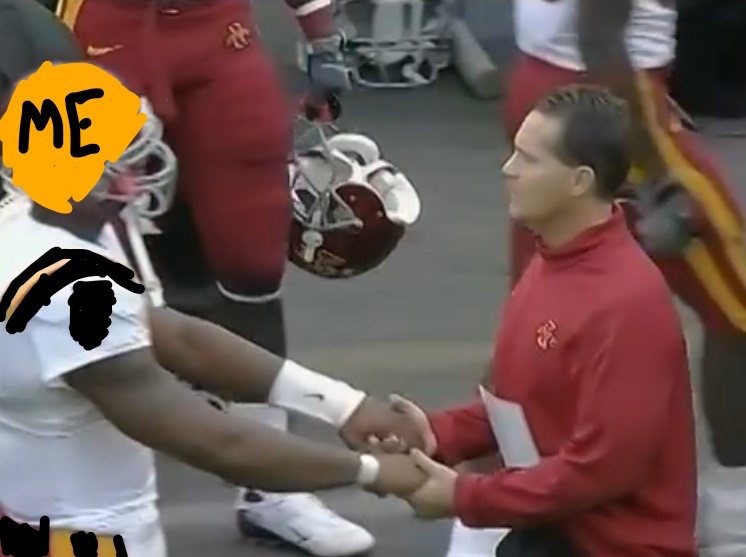 Whew. Thanks, Gene. You and your 5 wins at ISU were worth every penny* Jamie Pollard initially planned on spending.

To answer the aforementioned questions, this game sets itself apart due to two major things: meeting expectations and resilience. Anticipating the potential manifestation of these two things--or utter disappointment--in this game is what drives me absolutely insane.

Consider this game a barometer for Iowa’s success in any given season. More times than not, the seasons that feature an Iowa win over ISU are far more successful than the alternative. Since Capt. Kirk took over in 1999, Iowa is 11-9 against the Cyclones, and the combined record for those 11 victorious seasons is 99-44 [.692 win%(#nice)], whereas the combined record for the other 9 seasons is 53-57 (.481 win%). Save a few exceptions to the rule (the 2002 team winning 11 games, the 2006 team going 6-7), the Cy-Hawk game tells a lot about Iowa’s trajectory for the rest of the season, which is probably why I HATE IT when Iowa loses this game. High preseason expectations have been affirmed and derailed shortly after this game, and the common thread in each win in this series brings me to the next variable of the equation.

This is Kirk Ferentz’ favorite word. Well, actually, I take that back. His favorite word is “certainly.” By God, does he love the word “certainly.” He says “certainly” in every press conference. Seriously, check out any video of him talking in public, and you’ll almost certainly see that it’s one of his most reliable speech aids--along with his very expressive hands.

Going back to the point, his 2nd favorite word might be “resilience,” and he frequently uses this word to describe the distinguished teams from his coaching tenure. As much as fans like to talk up the most talented teams in Iowa history, Ferentz LOVES invoking Iowa squads that have exhibited the most toughness in the face of adversity.

The 2004 team is the paragon of resilient Ferentz-coached teams; teams that find themselves with a .500 record 4 games into the season are not supposed to win conference championships. Teams that are forced to field their 5th string running back are not supposed to win conference championships. Throw in the fact that Brian Ferentz almost had to have his leg amputated, Norm Parker lost his son prior to the season, and Kirk Ferentz lost his father halfway through the season, and you have a team that surmounted backbreaking and heartbreaking obstacles en route to a conference championship. The post game interviews against the Wisconsin game and the Capital One Bowl feature Kirk lauding the “resilience” and “heart” of his players, which enabled the team to find different and remarkable ways to win.

The best Iowa teams in the KF era almost always exhibit this resilience in the Cy-Hawk game. Feel free to roll your eyes at any of the usual banal adages--Find A Way/Break the Rock/Next Man In/Never Say Die--but we can all point to those moments when Iowa has been gutsy when backed into a corner against the Clones. The 2015 game alone has plenty of examples of this, thanks to our favorite, pale, fuzzy-faced QB:

Beathard essentially responded to every angsty “welp, here we go again” moment of the 2015 Cy-Hawk game with utter brilliance, and he would go on to do similar things throughout that wonderful 2015 season.

Conversely, we saw how the 2007, 2012, and 2014 teams’ losses to Iowa State (15-13, 9-6, 20-17) showed a harrowing lack of brilliance when it counted, and how similar malaise came to bare as those seasons progressed. Perhaps you remember how you felt after Jacob Park and Hakeem Butler did this after Iowa found a way to tie the 2017 game in the 4th quarter:

It was hard to stay optimistic about Iowa's chances in 2017 at that moment, wasn't it? If your memory of that play--or any of the impressive work by Butler or David Montgomery--is a bit fuzzy, it's probably because it was overshadowed by a sensational run by Akrum Wadley at the end of regulation, and by Nate Stanley capping off his first road win with his 5th touchdown pass of the day.

Iowa had an answer to everything Iowa State offered that glorious day, and did so with their backs against the wall. As I've said, the great Iowa teams have been able to grind through this game and outperform ISU (even if it's a bit "Messy"), and have usually carried that grit into the rest of the season.

So...will they do it again this year? Where is this team headed? Will there be any "welp, here we go again" moments on Saturday against ISU, or will our favorite team live up to its potential? Will this game be remembered as "the one that slipped away," or will this game show glimmers of what will become a bright, joyous, and memorable season? 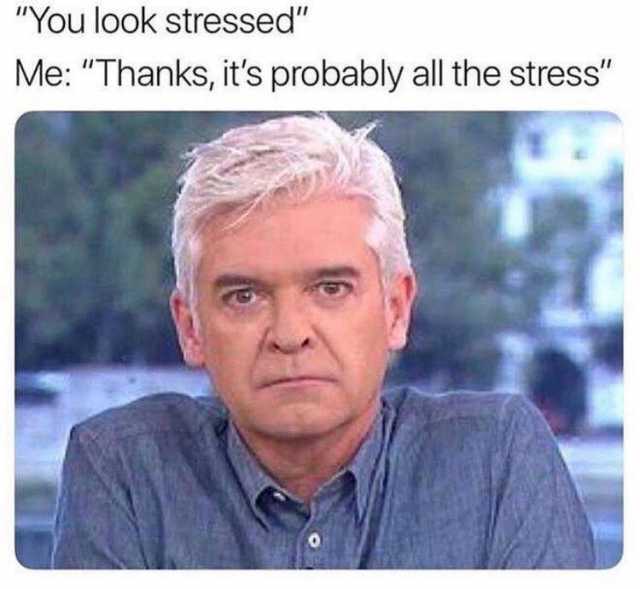 Aw, heck. I guess I'll try to chill out and find some good company to watch this year's game. Worst case scenario: I will get soooooo many chores done around the house after the game. Now if you'll excuse me, I need to suppress my anxiety by adding more videos of KF saying the word "certainly" in my YouTube playlist entitled "Certainly."

IT'S NOT PLAGIARISM IF YOU LINK TO...