No matter what you do to him, he just keeps coming. He has taken such a beating this season, from chipping a tooth to getting stitches in his lip, bloody noses, elbows to the face. But nothing slows him down. 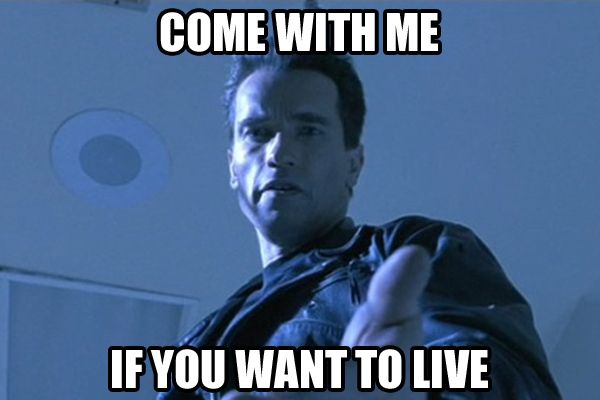 Eh, I'll give players a pass for complaining about the fouls. Connor does that a lot, too. And really, Big Ten refs have been all over the map on what is called a foul, sometimes even in the same game.

After rewatching the game, it was extremely close at the end and easily could have gone the other way. Illinois could not buy a bucket, and they made several unforced errors, like Cockburn losing the ball out of bounds just as he's about to drive to the basket, fouling Fredrick away from the ball, etc. Meanwhile, Iowa kept hitting their shots and locked down the defensive glass.

Speaking of defense: Iowa was credited with just three blocks, but it felt like way more. We were really contesting shots in the paint throughout the game and doing a good job at swatting the ball away without fouling.

Illinois is a good team. This win was a great resume booster for Iowa. Getting the sweep in Champagne would be truly sweet.

Lotta Illinois fans chirping on Twitter after the game. You see this a lot from fans that have an inflated opinion of their own program's place in college basketball history. It's just snobbery. Allow me to translate:

"I think Iowa is a second-class program, and I don't like that they played tougher than my team did and beat them."

That's it. That's what they really mean. It's just like Nebraska fans in football. And to that end... fuck 'em.

Bring on the fireworks, boys. Let's go roast some badgers.

How crazy would it be if Iowa had both the men's and women's POY?

Awesome to see solid scoring contributions from Connor, Evelyn and Kriener. If we're going to make some real noise this season, we'll need more of this. Wieskamp and Garza (and CJ) can only do so much. Gotta keep knocking down those open shots in order to keep the defense honest.

If CJ keeps playing, this could still be a fun season. Can't wait for Michigan to come to Carver on Friday.

Great news: We're going to have a boatload of playmakers back next season. Goodson, ISM, Brandon Smith, Tyrone Tracey, Sam LaPorta, Nico Ragaini, Mekhi Sargent, Oliver Martin, Ivory Kelly-Martin, Toren Young... so, whoever wins the QB derby this offseason is going to have a ton of weapons around him. With a stacked offense like that, I think Brian can put together a solid game plan.

Between Bohannon, Nunge, Patrick, and the walk-ons, we are going to have one hell of a Bench Mob. Get healthy, JBo.

Presumptive roster for 2020 below. Looks like a damn salty group.

Nice to get a win against Christopher’s brother, Cal Polyblend.

I'm really hoping the DePaul loss was an outlier. The optimist in me says Iowa's roster needed time to gel with so many players who weren't on the floor last season (Pemsl, Nunge, Fredrick, Evelyn, Toussaint, and hopefully Patrick). They'll get better with time and there will be ups and downs. Optimist me says a loss is a loss, no matter what the margin of defeat is, and that the team will learn from that and improve—plenty of better teams than Iowa have lost to worse teams than DePaul already this year. Iowa has some young talent, particularly Fredrick and Toussaint, that has flashed big-time potential and could make a big difference going forward.

Pessimist CSA says we lost to the only good team we've played so far, and the teams we'll face the rest of the way will be more like DePaul (or better) than North Florida. And that loss looked painfully similar to many other Iowa losses in the Fran era, particularly that 2017-18 dumpster fire of a season: we played poorly on defense, allowed a big run early, and looked slower and less athletic than Blue Demons. We are still allowing teams to shoot the lights out from three. And while Garza has been great so far, he can't carry the load by himself, and so far Wieskamp has not played up to his potential as a scorer. Bohannon is not 100% and almost certainly will shut it down in time to take a redshirt, and without his clutch shot-making we stand to lose a few close games this season that we were able to win last year.

We'll find out soon enough what kind of team this really is.

No big deal. Iowa is a Wrestling and Women's Basketball school anyway!

1. We still have the best overall player on the floor (Joe Wieskamp)

2. We finally have a guard who is quick enough to defend players like Charlie Moore. (Joe Toussaint)

That win streak under Fry is mighty impressive. I never thought about it this way before, but the graphic puts it into perspective: when ISU beat Iowa for the first time in my lifetime, I was fourteen. Damn.

See I like to party and watch Bakari
dribble-drive, dish or pull up on somebody
Known for his feel, and really quick wheels
I really hope his ankle is fully healed

I thought we'd for sure get a "Hock n' Roll Fant-asy."

Every story about Francis has a photo of him wearing that same blue suit. You'd think it was the only one he owned.

As others have said, this is a big loss from a recruiting standpoint. He could really connect with players. Just read the social posts about him by current/former players. Hopefully Fran brings on someone who can fill that same role. It would be great if the next guy could check two of these three boxes:

1. Recruiting expert - A guy who can build connections with top national players
2. Defensive guru - Someone who can be the Iowa version of Luke Yaklich
3. Iowa legacy - Someone who knows the state inside and out and can help lock up in-state talent (and build a lot of goodwill among the fanbase in the process)

Good for him, he should do it. Go and learn as much as you can about the NBA and get tons of feedback to help you become a better player, Joe. And then PLEASE FOR THE LOVE OF GOD PLAY THREE MORE SEASONS AT IOWA.

So what are we gonna name after her?

I would imagine: many, many children. Girls named Megan, boys named Gus. Gustafson would also make a fine name for a dog.

This is probably the greatest dunk I have witnessed live:

It doesn't matter if we armchair NBA scouts think he's ready for the NBA or not. Tyler believes he's ready, and that's all that matters. Should he choose to leave, I wish him the best of luck, and thanks for the memories. He had a pretty solid career at Iowa. I'm sad to see him go, because he was one of the few players on the team whose athleticism alone could cause trouble for opponents. For all his flaws, he's going to leave a gaping hole in the roster — I don't think we'll fully appreciate the things he did for this team until he's gone.