Whether change can happen under Ferentz or not, I don't think he deserves the chance.  There were already a lot of legitimate reasons to want to see him move on, but twenty years of (best case) willful ignorance about systematic harassment and mistreatment of black players by his top assistant and another eight years of the same behavior by his own son is the end of him, for me.

I can't in good conscience keep giving support to the athletic department, direct or indirect, as long as Gary Barta, Kirk Ferentz, and Brian Ferentz are still employed. (There are probably others that need to go, too, but those three would be a sign that this is being taken seriously.)  I know that it's a fairly meaningless gesture, given that most people probably won't make the same decision and that my support probably doesn't amount to more than a few bucks anyway, but doing nothing means nothing will change.

Getting destroyed on the boards, for one.

And Rutgers is pantsing Maryland, which I don't think helps us.  But I'm all for Maryland losing in as soul-crushing a manner as possible, so whatever.

Not the outcome we were looking for, but I thought that was a pretty good road game all things considered.

What the actual fuck was that call?

Couldn't have come at a better time, really happy for him.  Hopefully this is the start of a trend for him.

Another game where, if I told you this was going to be the box score, you wouldn't have bothered watching:

No Fredrick, Kriener and Evelyn played more minutes than Garza, Garza fouled out, Weiskamp scored 2 points, and Iowa as a team scored 58 points

And yet they won.

I'm really tempted to put some money on this team making the Sweet 16, because why should anything make sense at this point? 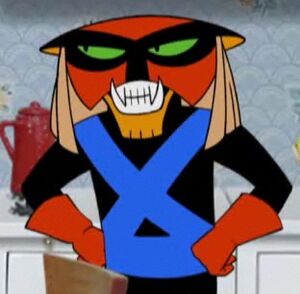 I read somewhere that Purdue is bad at shooting

These refs do not like Evelyn, it would seem.

Down 1 at half, feels like it could have been a lot worse.

Need more of that please

And consider this: Brands didn’t start two top-five wrestlers — 141-pounder Max Murin (“nicked,” per Brands, and questionable for next week’s Penn State dual) and 197-pounder Jacob Warner (coach’s decision; “was the best thing for him … he’s fine”) — and the Hawkeyes still dominated the No. 3 team in the country.

Good job keeping that to a decision.  Will be interesting to hear what Brands has to say about putting Wilke out there.

On the other hand, Garza just did not get the number of touches he needed.

Every time someone wanted to throw a pass into the post there was a Rutgers player draped all over him.  Seemed like they were getting away with murder to me, but I don't know anything.

Well This is Fun