Comment 15 Mar 2020
1 reply
Seems fair to allow all winter sports athletes to use this as a redshirt year only if they have it available, same as an injury. Not just seniors. It would mean every athlete would have 4 chances to play a full season including tournaments vs some that only really got three. Take Lee as an example. There is an exclusive club of 4-year national champions and he had a good shot at that. He has not used a redshirt, but he has lost that chance (at this point). If he was injured, he wouldn't have lost that opportunity since he could've used his redshirt. Let him have his shot. Look at the flip side with someone like Cassiopi who took a redshirt. His redshirt year was strategic. He had the opportunity to try for all American last year even if it would've meant beating out his teammate first. If he was injured in another season down the road or maybe shot himself, he wouldn't have been able to save his season with a redshirt at that point. He and his coaches already knew that.
Comment 12 Mar 2020
7 replies

Well, can we get Marchifornication ready to go on short notice?

Comment 05 Mar 2020
1 reply
Not taking sides here, but I'm trying to understand the strong reaction to the comment. I don't know anything about Joe's life outside of basketball, but a boyfriend/ girlfriend/ husband/ wife can be big distractions, especially if there's a problem. I can't begin to explain how much I was impacted at work when I was in the middle of a divorce. We've seen people self-destruct when faced with being cheated on.
Comment 04 Mar 2020
And yet he's a higher ranked prospect than Garza.
Comment 04 Mar 2020
And that's why they're our most hated rival.
Comment 04 Mar 2020
I wish McCabe was still here to wipe that smile off his face. Maybe a Woodbury eye poke. Connor's hot-headed. Maybe he will "accidentally" pick up a flagrant for an elbow to the face if we end up playing them a third time. I'm not condoning Tonya Harding violence. I'm only saying I wouldn't be overly upset if we happened to trade them two shots and the ball for something that wouldn't actually keep him from competing but would be something that he's really going to feel the following day.
Comment 04 Mar 2020
1 reply
Are you referring to Garza's face? Also, was that caused by Connor's pass when Garza wasn't looking, or was it an uncalled elbow? "It was reported post-game that he's been hit in the same area a few times in the last handful of games."
Comment 04 Mar 2020
All those guys in the post and we still couldn't grab a rebound.
Comment 28 Feb 2020
Does Iowa really only require 90 days to establish residency? I could've sworn it was a year.
Comment 26 Feb 2020
Even Fran gave this one everything he had. He used every one of his timeouts and even used Ash as a substitution to provide every opportunity for a 3. They all fell just a few minutes short. There were people saying before the game that this was winnable (and it was certainly possible), but it was at least as likely for us to get absolutely crushed. Win probably was 20%, and that was based on our team stats with CJ active. Considering the roster, the venue, Izzo's history of peaking at the end of the season time after time, the analytics, and the B1G's home vs away records this season, the way these guys played last night was exceeding expectations yet again. This Iowa team is good.
Comment 24 Feb 2020
She has to be a monster.

Comment 23 Feb 2020
1 reply
Good point about the other scoring options. Bohannon could've factored into Garza's lower nonconference ppg. That being said, he was still above 20. For next year, decrease a few ppg because there are other scoring options. Increase a few ppg because those options remove triple-teams. Decrease a few because he isn't needed for nearly 40 minutes a game with some other healthy big guys. Increase a few because he's going to improve his FT% over the summer. Even with the changing situations next year, it's not at all unreasonable to think he would still be over 20ppg. If he decides to go pro, that could drop all the way to 1 or 2ppg though.
Comment 18 Feb 2020
That's the point. He bleeds yet it doesn't stop him.
Comment 17 Feb 2020
2 replies
When will teams realize that this doesn't apply to the peacock. 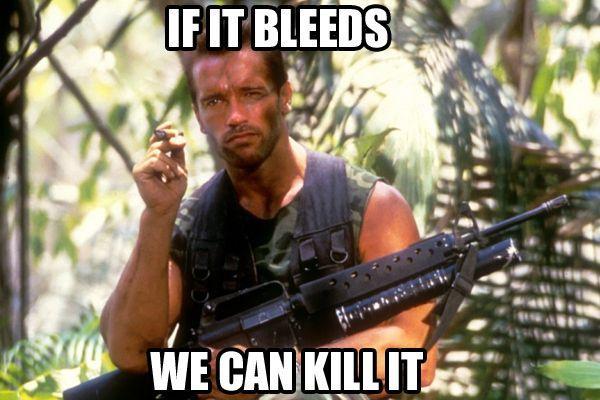 Comment 17 Feb 2020
Pretty sure there are only a couple of games in the last ten years that we've won when scoring less than 60.
Comment 17 Feb 2020
I think a big difference to remember is that Lick was a defense-first coach focused on boring "efficient" offense, and he sucked at delivering on his strength. Fran said from day 1 that his teams would run a high- tempo scoring offense. I don't remember him claiming anything about his defensive prowess or promising to bring in 5* guys like some coaches. You know what? He has delivered on his claims and his strength is pretty dang strong even in his worst years. Any of those teams could've made a tournament push with a decent defense. We all know what needs to happen to get to the next level and we all want it to happen, but it isn't a result of Fran failing to deliver on his stated goal. Even his bad teams have had a pulse. His offense ranks the past 5 years: 6th 15th 19th (disaster season) 43rd 25th Lick's last year's defense was 196th. Not a good result for his "strength."
Comment 17 Feb 2020
So, either January 7th or another season?
Comment 17 Feb 2020
1 reply
It didn't help either team overall, but it was agonizingly terrible for Iowa fans in the first half and flipped more against Minnesota the second half. The dumb Garza call wouldn't have mattered if the first half calls weren't made, and the second half had way more booing, culminating in the back to back 10- second violations at such a critical time.
Comment 29 Jan 2020
I was surprised too and tried figuring out why. I suppose if you think about it as if Wisconsin was on the other end running their offense and he had been setting a screen, then grabbed Connor's nuts as he was running past, we would expect him to go to the line and Iowa to get the ball. The fact that Weezy scored is independent.
Comment 28 Jan 2020
1 reply

Well, they were down 3 with the ball. He basically gave us 2 free possessions instead of them having the opportunity to tie it. Connor got 2 free throws. We got the ball back. They had to foul Garza. We missed 2 freebies and didn't take full advantage, but that was still an amazingly awful decision.

His teammates should've given him the bar-of-soap-in-a-sock treatment.

It was an interesting argument with the refs though. Rutgers wasn't in the bonus so his guys were unintentionally intentionally fouling. He wanted the refs to call a foul on his guys. What exactly does arguing to the point of getting the technical tell the refs to do in the second half? Call Iowa players for more fouls?  It was a one-time situation, not a tech because his guys are getting mauled. It was a dumb foul.

Yeah, I'm not exactly sure how his barrel-roll isn't traveling, but it was a cool play.

Agree. It's hard to believe his stock would ever be higher if he was a finalist for POTY. The height might be late first round, early second, but all the "negatives" on him aren't going to change with another year.

On the other hand, if you're going to be a second round guy this year or a second round guy next year, maybe you decide to stay around and make a run at the NCAA Championship with a healthy Bohannon and another year of experience for everyone else. We'd lose Kriener, but Nunge and PMac should be able to fill that role.

It would be very disappointing if we had a NCAAM and NCAAW POTY in back to back years that weren't highly regarded by the Pros.

From the beginning of the game, he just seemed more focused. It was like was on a mission to be remembered in this one.  The boy from the Bronx wanted to show up the Jersey boys.

Comment 18 Jan 2020
1 reply
Yep, but I'm pretty sure we can say that about most of the guys after this one. Obviously Luka. Connor led the team with 13 rebounds and had 5 assists. He plays like he's a forward. Wheezy and CJ were 6-9 from three (nice) with over 20 points each. Five guys that were instrumental in the win. Remember a couple years ago when we didn't have a backup at PG? Ellingson got abused (bless his heart) when Jordan had to rest. Evelyn and JT didn't have lights- out games, but provided some solid minutes and needed rest for the others. They had to absorb Jordan's minutes from the previous game without the offense falling apart.

Tell Us About Your Iowa Game Memories

Here's How The NCAA Could Have...