No complaints leaving him out. Is there anyone else left out for similar reasons?

this is my enduring memory of Pemsl at Iowa: talking shit to ISU (and backing it up) pic.twitter.com/gY6OwJsKex

EDIT: looks like they changed the schedule a bit (all times CT).

No great loss in not airing the 2016 NCAA finals; Iowa had three finalists but went 0/3, which was quite a buzzkill.

2005 Michigan. I don't think sports have ever made me so angry in my life, at least with games I've attended.

I definitely wanted to commit acts of violence after this game. Iowa had like a 23-game home winning streak going into that game, too. For the streak to end because of THAT loss with THOSE calls... ugh.

Ah, man, I haven't thought about that Illinois game for YEARS, but I remember being at a game where the Illinois kicker missed a ton of field goals. I think it was 2005, maybe? Looks like their kicker missed 3 FGs in that game.

College basketball was my first love, and I was a huge James Moses (I made a clay head of Moses in 8th grade art class that my dad finally threw out last year) and Acie Earl fan.  Well I WAS an Acie Earl fan until I saw him in the parking lot before the game wearing a Miami hat.  That image is still seared in my head today - a green Miami bucket hat with an orange middle stripe, complete with drawstring.

Wow, starting out with Iowa-Michigan in 1985 is a hell of a way to begin a lifetime of attending Iowa games. I won't say it was all downhill from there because there have been some fantastic wins since then, but a game like that definitely sets a high bar for everything else.

Getting to attend the 02 Iowa-Michigan game in the Big House would have been a blast too. You can definitely say you've been at two of the best Iowa wins over Michigan ever.

Agreed re: weather being a big factor in making games show up on the Worst list. The 2010 and 2014 Minnesota games featured plenty of lousy football from Iowa, but they were made even worse by the conditions. 2010 was very cold and icy; I ended up standing on a half-shoveled pile of snow/ice and lost feeling in my toes by halftime. 2014 featured a really nasty wind that just cut straight to the bone. My friends and I bailed on that game after the first drive of the third quarter when it became apparent no miracle Iowa comeback was in store. No point watching terrible football AND freezing your ass off.

Worst:  Tough question.  After careful thought, I'm going with 2012 Iowa State.  ISU 9, Iowa 6.  Simply the worst played game I've seen in person, ever.  As the clock wound down, an ISU guy sitting in front of me stood up to leave, turned around, shook his head, and said "I'm not fooled.  Both these teams suck."

He was absolutely correct in that assessment, too.

Last: 2018 Penn State. Ugh, I don't know if this one was the worst I've seen but it probably hurts the most. We were sitting behind one of the endzones so we had a great view of the Sam Brincks touchdown catch. I've never felt a crowd change quite like when Stanley overthrew Hockenson. Even though we were only up 14-7, the atmosphere felt like it was 21-0. The place was quiet after McSorely's injury and second safety, and it had all the feelings of a oncoming rout. I fully believe if Stanley just completes that pass, we win the game. Instead, hope swept back into the stadium, the crowd came back alive and roaring, and Stanley's psyche snapped.

Man, this is so true. Iowa was rolling early in that game. If that long pass to Hockenson was a TD, I definitely think that game would have gone VERY differently. Ugh.

2009 vs. Northwestern, which was the only game I went to at Kinnick that year. Sat in the north end zone about 12 rows up from the incident. Good job by me.

That WMU game in 2007 really was a disaster. As bad as that team was, they'd actually won 3 games in a row (and 4 of 5) prior to the WMU game. They seemed to have some decent momentum -- although, in hindsight, the fact that they barely beat a horrible Minnesota team the week before was a very big warning sign. All they needed to do to secure a bowl bid was beat a not-very-good WMU team (they were 4-7 heading into the game). And then... thud.

There was some rotten chemistry on those 06-07 teams. DJK was one of the only players who seemed like he cared, as I recall. Which, funnily enough was also the case four years later, in the Iowa-Minnesota game at TCF. Which was also DJK's last game at Iowa, if memory serves.

The 07 WMU game really stung for me because that was my last home game as a student. I had so many good memories of home games as a student, it really sucked to have my last one be such a shitty game.

I think it's funny how many of us can't remember our first Iowa games -- mainly because we went as kids many many (many) years ago.

I was at that PSU game in 2018, too. That was definitely a painful one. Also, PSU fans really suck.

Thanks for the great memories, Don. I love hearing about games from back in the 60s and 70s. It sounds like a very different experience than anything I've ever seen at Kinnick.

Sorry to hear about your spinal injury -- I hope you're able to make it back to a game at Kinnick someday. 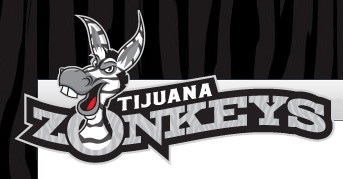 1 - Why would a senior that (should) be graduating come back to play ball instead of earning a paycheck,

Because they want to? If they'd rather go earn a paycheck (lol good luck in this economic shitshow), nothing's stopping them. But if they want the opportunity to return, now they have it.

and 2 - the decision makes it seem like athletes are entitled to play a game with education being secondary,

I don't see it that way. Student-athletes come to school to pursue a degree and with the understanding they have four years of eligibility to compete. One of their years of eligibility was taken from them by an extreme act of God situation; this is a means to restore that original opportunity to them in full.

and 3 - how are most schools going to actually be able to afford to pay for the potential extra scholarships?

Financial aid for incoming freshmen and normally returning players appears unaffected. The only added financial burden appears to be seniors who get a chance to return for an additional season. It's worth noting that a) in many sports those athletes likely were already receiving only partial scholarship aid, b) this decision allows schools to offer less aid to returning seniors than they were previously receiving, and c) schools can tap into a separate fund (the NCAA's Student Assistance Fund) outside of their own internal resources to help pay for that aid as well.

It just really looks like the NCAA created the smiles and the schools will create the tears when they have to cut/pull scholarships of frosh/"extra" seniors.

TBD until it's actually implemented, but the way this is set up suggests that there shouldn't be much impact on incoming freshman or already-returning players. Different rules apply to returning seniors and they're essentially getting placed in a different bucket (especially since schools will be able to access additional NCAA money to help pay for the financial aid for those returning seniors). Are many of those seniors going to be asked to return for less money than they received this year? Undoubtedly, yes. But to me that looks like a workable compromise -- they get an additional year of competition to replace the one that was lost, but if they want to use that year it might cost more of their own money. They can decide if they're willing to do that or not. Those athletes have received (or are currently receiving) the financial aid they were promised for four (or possibly five, if they used a redshirt) years already, so I don't think it's egregious to offer them reduced aid for an additional year.