Gonna need everyone to go galaxy brain for this one.

Is it possible... one of Iowa's most forgettable games of the year vs. Penn State will actually end up being a) one of the most memorable and b) the actual summation of the program itself? Because I'm giving that a hard possible.

Macro: We were a Top 5 team at the beginning of the season, a national title favorite
Micro: We were favored by double digits at home

Macro: We fell out of the Top 5, lost a few more than expected, kinda bummed everyone out... but still are in position to get that double bye and a good-to-great NCAA tournament seed
Micro: We eked it out and everyone felt kinda shitty but it was, I guess, aight (very much did not cover)

The chase to become Iowa’s all-time leading scorer got to Luka Garza only once during Sunday’s game against Penn State.

Garza looked at the scoreboard going into a media timeout in the second half and saw that he needed to make both of the free throws he was about to shoot to reach the record.

The first one was good. The second? An air ball.

“Obviously, I was a little nervous on that free throw,” Garza said, laughing.

I laughed out loud, for real. The game was on mute, which left me blissfully unaware of that shot potentially breaking the record -- which, of course, made way more sense after the fact. But god damn.

Luka Garza means everything to this program. He works his ass off and comes back better every single year. He stayed. He is widely considered college basketball's top player. But (you knew there was a but coming)... the defense, the foot speed, the shots that hit under the rim, the forced possessions... the air balled free throw on the cusp of history. It's all very humbling for someone so undeniably great.

Usually the best guy on the court -- let alone the country -- doesn't also check so many goofy boxes. A column or two ago, I said I'd take Ayo over Garza in crunch time, and it was less a slight on Luka and more big upping Dosunmu. Now, I'm not so sure. It's probably a selfish, entitled, fan who always wants more thing to say... but shouldn't having the Naismith favorite on our squad be more, well, *fun*? Look at the last decade of winners with some quick analysis on their NBA start/college finish:

This is where feeling starts to meet fact. Luka is projected to go No. 45 in the draft, according to ESPN. Meaning, if Iowa does the unthinkable and doesn't make the second round, Luka will finish behind the last ten Naismith winners in both categories listed above.

To be extremely clear, I am not at all using his projected draft slot as a way to downgrade his current and future Hawkeye accomplishments, but, in a way, it does explain some of his limitations, even as a college player. Not every Naismith winner can be Anthony Davis for a school, but you also hope, historically, they're a little bit closer to Jalen Brunson than, say, Jimmer or Doug. But, again, even those two dudes were lottery picks.

Luka completely maxed out his abilities, so asking even more from someone like that feels unfair (and is), but his flaws are the program's flaws. Great offense with iffy defense, usually meeting expectations (but not always with the style points), and, sadly, a non-championship ceiling. We came into this season with Top 3 dreams, and now, it seems likely Iowa doesn't win the Big Ten regular season, Big Ten Tournament, or make the NCAA tournament's third weekend.

Still proud of the guys and happy for the new ground Fran is on track to break, but the final product still somewhat being a work in progress was unexpected, to put it diplomatically.

Joe Wieskamp: The way that were playing right now, we can make a deep run in the tournament. Weve just got to continue to fight defensively. Iowa has won its past three games by 58 total points. Are Hawkeyes starting to peak at just the right time?

That game was weird and dumb and let's never speak of it again, except to remember that Luka Garza set the all-time scoring record in it. 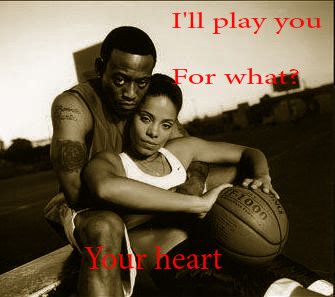 2/28 - Iowa (9) at Ohio State (4): I want all the smoke. None of that Indiana season sweep shit. Let's stare a great opponent down and match their skill.

Her weekly accomplishments are like picking froyo toppings. You can go with healthy fruit...

Imagine being able to regularly fuck people up this bad. pic.twitter.com/kFXVh92S3p

Swish tops the distance on this one; so, so, cold.

Huh. Would ya look at that. pic.twitter.com/U4mhHUlE3o

As a reminder, he was only four days removed from also doing this.

An inadvertent elbow from Brad Davison? There is no such thing from him! pic.twitter.com/XJ30u0u2gI

What else needs to happen? For real, what else?

I feel like theres a good article to be written about how America is simultaneously very racist but also, all of the most hated American basketball players of all time are white

I sent Ricky my Naismith doom table. His response:

In terms of draft position, I'd say: who cares? Someone told me that the best thing you can do in college basketball these days is to get old and stay old. Luka epitomizes that in a sense. This was the only way Iowa was gonna land a Naismith winner. Hasn't watching him develop over four years been more rewarding than a one-and-done?

Also, if this was 2010, I wonder where he'd be projected. I'd say a first rounder for sure. The game changed and what he's great at (post up offense) is less emphasized for NBA bigs, and what he struggles at (sliding his feet on the perimeter defensively) is more important than ever.

Also think you have to factor in that he's been arguably the best player in the country for two seasons. How often does that happen? Only getting one tourney run with him at that level because of the pandemic sucks for sure.

I think we will see a lot more Naismith winners like Luka over the next 10 years as the G League initiative gets poppin'.

A comprehensive rebuke of all points made in the intro; don't have much to say back other than "Yeah, you are very right."

That is the most I cared about a regular season college basketball game in a long time. We've talked about it before, but having no plans/doing nothing vaults the meaning of sports to very unhealthy places. Brian Cook touched on it in a different game column from a few years ago (that he also applied to tOSU).

As the game went on and the temperature rose, the building knew. There is an odd shift in the dynamics of an arena once it becomes clear to everyone present that they are watching an out-and-out classic. The stakes, already astronomical, ratchet ever-higher as the imperative to not lose this game, to win this game, to have this thing in your heart forever for cold nights and funerals, reaches critical mass.

But it's not just about feeling good forever...

How it started. How it's going. pic.twitter.com/CRE7eox2uz

Would you like some pepper with that salt? There was no The Game in 2020, so I'm calling this that -- and then some.

Still, always good to stay humble and not rest on your laurels; this sport evolves in real time.

crocs with beans in them pic.twitter.com/ymhCMSSJeZ

Bill Walton: "What is the record for the most number of bodies on the floor at one time while action is still underway?"

Walton: "That's not true, because if some of the referees are involved, it *can* be more than 10." pic.twitter.com/NQK92FTIG5

Appreciate this guy leaning into the bit pic.twitter.com/4Tp17HrTej

When Andy walks into the room in Toy Story pic.twitter.com/jVrKlTZ6F2

Sound on for this next one:

What's cooler, crossing out the letter M like those losers do... or FUCK?

i don't believe what i just saw pic.twitter.com/qOTaYnghX8